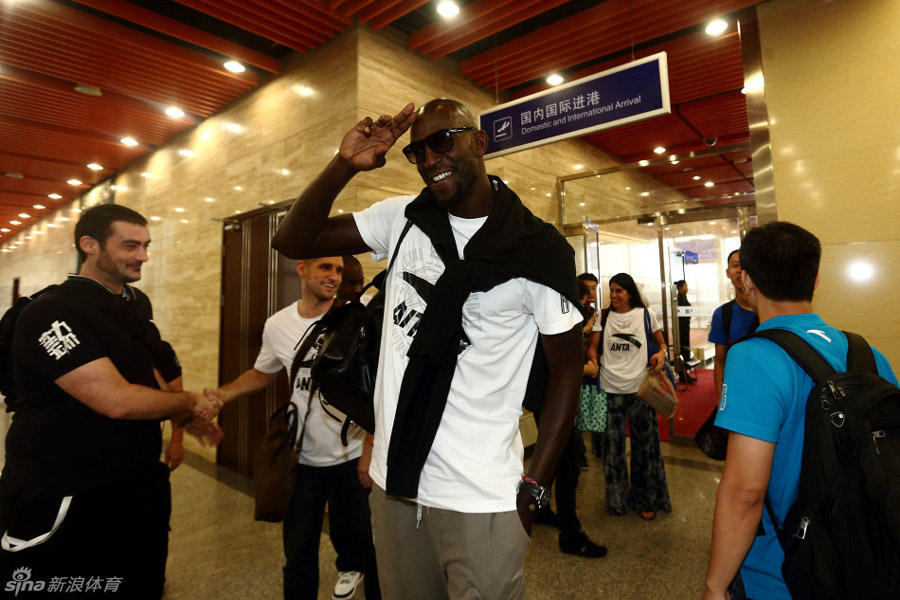 As he has done in the past around this time of year, Kevin Garnett is currently in China promoting his line of sneakers with the company Anta.  In an interview with Sina Sports, KG was asked if he would have waived his no trade clause if Paul Pierce had not been included in the deal.  I'm guessing Garnett hasn't learned Chinese, which means the following quote was already translated once, then back again to English via Google Chrome.  Because of that the wording is pretty funny, but you get the gist:


We already knew that KG was only interested in going to Brooklyn along with Pierce, but this quote makes it sound as if he would have chosen retirement over playing another season without Pierce.  Or maybe Garnett is just saying that if he didn't have the no trade clause he would have elected to retire rather than accept a deal to another team.  Either way I assume the actual clip of what KG said will surface on the internet in the near future.

Thanks to @KWAPT for the tip.