Joe Johnson and Willams thrilled about KG and Pierce 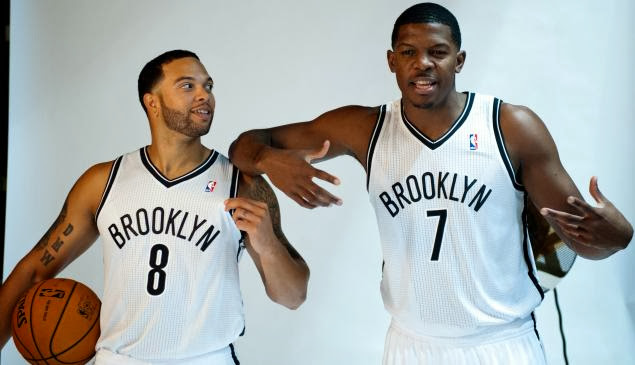 
Deron Williams, and Joe Johnson have two new teammates that will take away a lot of pressure from them. Joe seemed happy that the word "soft" wouldn't be thrown around with the arrival of Kevin Garnett.


"KG, Paul & Jason are 3 guys who have won championships. Just seeing their mentality, that'll be good for this group."--@DeronWilliams

"We've got the pieces to put us over the top, & that's what we're looking forward to: trying to get there."--@TheJoeJohnson7 #NetsMediaDay

.@TheJoeJohnson7: "I don't think anyone can double team us b/c we've got so many threats who can make plays." pic.twitter.com/bkxaVCNzYn

Joe Johnson said he wanted to wait until the Boston trade was finalized before he'd get "geeked up" about it.