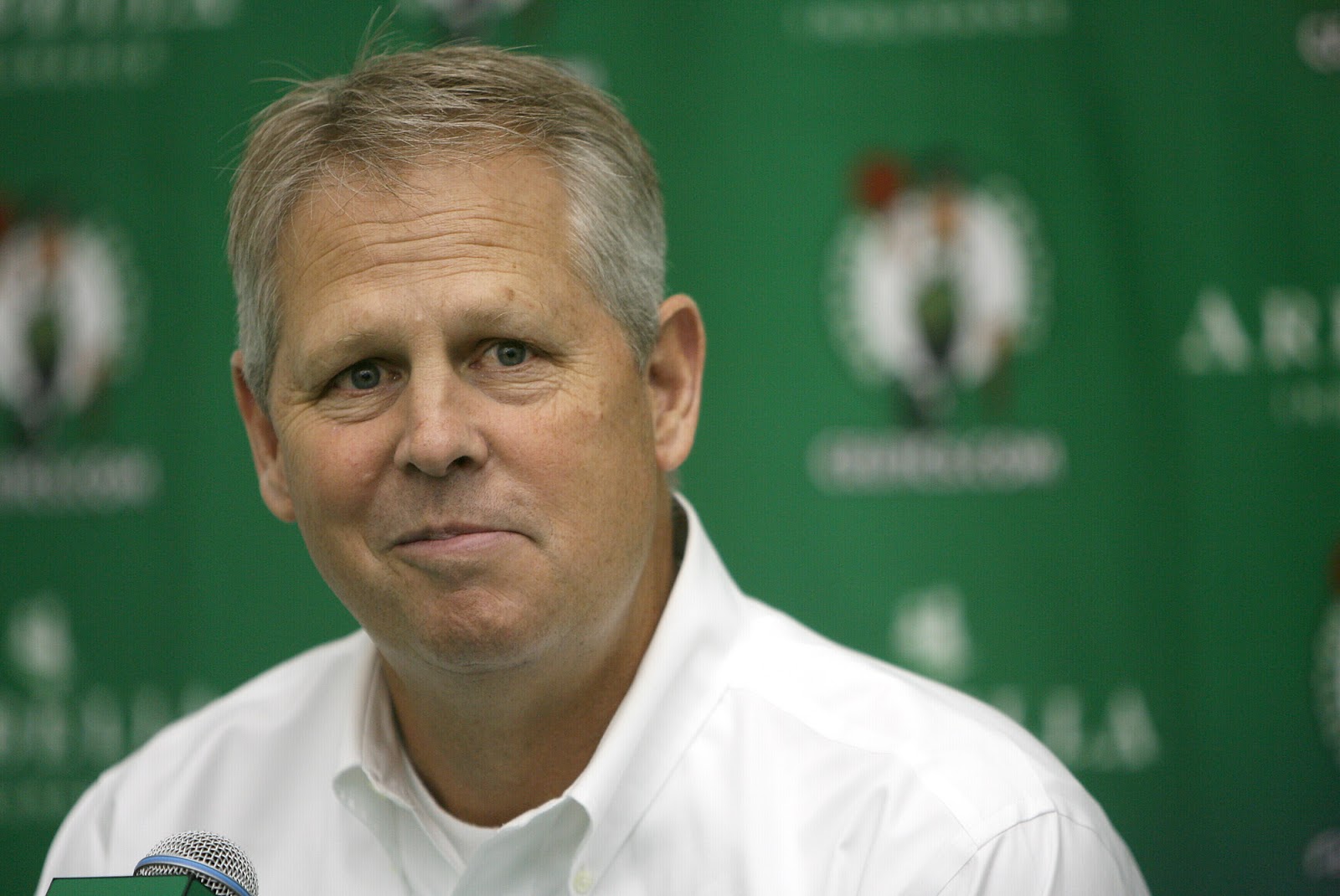 Danny Ainge joined Bill Simmons "B.S. Report" podcast to discuss a variety of topics in an interview that ended up lasting over an hour.

Listen to the whole thing, here (it's worth it).

As for the highlights (much of this is closely paraphrased, not exact quotes):

Ainge: 'KG had a no-trade and was involved in the process. He had earned the right to stay here if he wanted. We wanted to do right by Paul. If they had stayed, I would have been fine with that. But we also owe it to the Celtics to do what's best for the franchise'.

Ainge: 'Paul has earned the right to be remembered as one of the best Celtics of all-time'.

Ainge: '(Pierce is) one of the best offensive Celtics of all-time'

Simmons: 'Do you mean with Portland (before the '05 draft)?'

Backstory - Portland owned the #3 pick in the 2005 draft, and the Celtics reportedly offered Pierce for that pick and Nick Van Exel. The Blazers decided to pass and instead dealt the pick to Utah for the #6 and #27 picks. Utah selected Deron Williams #3, and New Orleans drafted Chris Paul #4. It is expected that the C's would have taken Paul if the trade had gone through.

On Doc (Ainge did not back down one bit):

Ainge: 'I thought Doc would be here a long time. We talked to him about being Jerry Sloan or Gregg Popovich. We talked about him breaking Red's team win record. I never thought Doc would want out, but I understand it. The Clippers have much more to offer than us right now.'

Ainge: 'One of Doc's greatest strengths is his stamina. How he bounces back from tough times. I'll always be grateful for his time here and what he gave to the Celtics. We were business partners. We weren't best friends, we didn't always agree. But I think we agreed on most things philosophically'

Ainge: (On Doc's insistence that the Celtics also wanted to move on) 'No. I thought Doc would coach here a long time'

Ainge: 'I'll be the first one giving Doc a standing ovation when he comes back'.

Ainge: 'I'm not sure. Rondo was working out today with the guys, he's not near 100% yet. He was doing some shooting drills, some ball handling drills, but I really don't have a date yet. We want to be careful with him. But he's hungry, he's anxious. I like the communication between him and Brad. I feel like Rondo is looking forward to this stage of his career. He's excited for the challenge'

On Rondo as a trade chip:

Simmons: 'Is it fair to say you're only trading Rondo for a blue chipper?'

Ainge: 'I think so. He's such a special player. We came close to getting Chris Paul for Rondo before Chris went to the Clippers. There were discussions about us getting (CP3). We're not looking to deal Rondo.'

Ainge: 'Losing a double digit lead in the 4th quarter of Game 7 of the NBA Championship (in 2010). I thought that was the best stretch we ever played. That Cleveland series, the Orlando series and the beginning of the Lakers series. Maybe it's because expectations were so low. I just feel like that was a game we should have won. That hurt.'