It's official: Celtics formally complete deal with the Nets, send Pierce and KG to Brooklyn 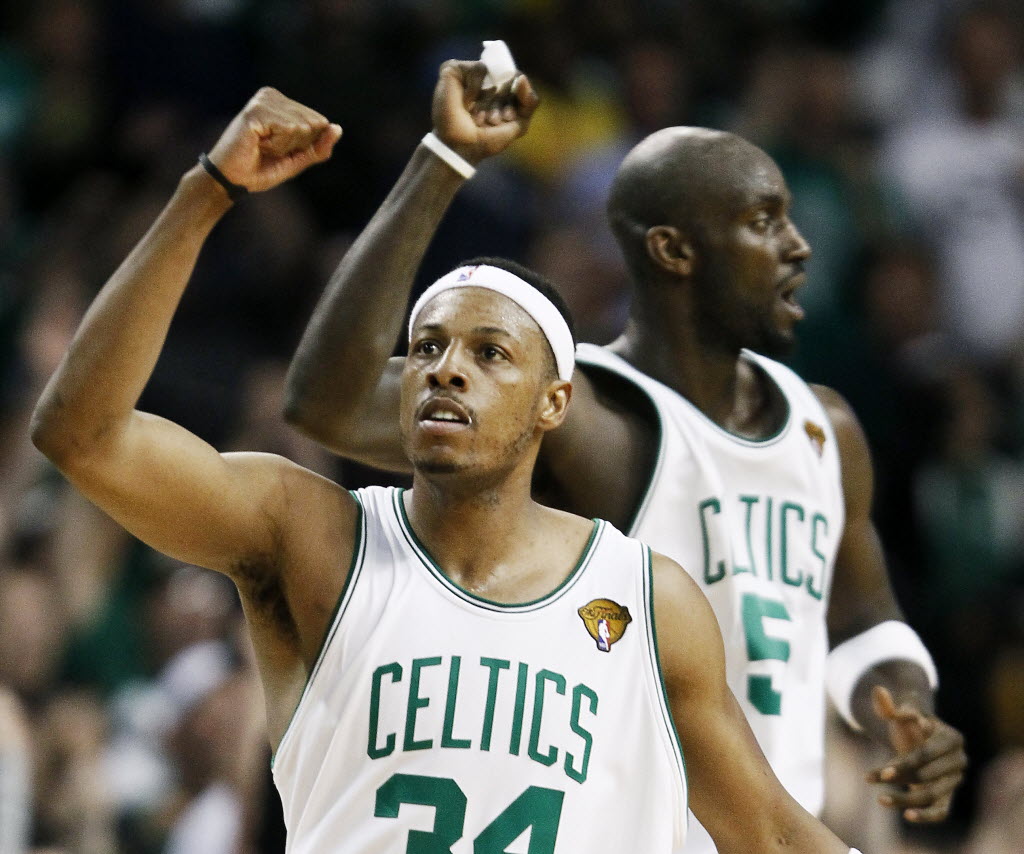 This is from a few minutes ago, via the Celtics.

“We would like to thank Paul, Kevin, and Jason for everything that they have done for this franchise. We would not have won Banner 17 without Paul and Kevin and they will go down amongst the all-time great players to have ever worn a Celtics uniform,” said Celtics President of Basketball Operations Danny Ainge. “At the same time we are excited to welcome Gerald, Kris, Keith, MarShon and Kris to the Celtics family. They bring a wealth of talent, experience, depth, and flexibility to our team.”

“Paul and Kevin exemplified everything it means to be a Celtic,” said Celtics Managing Partner and CEO Wyc Grousbeck. “They were instrumental in bringing back Celtic Pride and providing our fans with the franchise’s first championship in over 20 years in 2008. We wish them nothing but the best in the future.”

“We are really excited to welcome Gerald, Kris, Keith, MarShon and Kris to the Celtics organization,” said Celtics Head Coach Brad Stevens. “They collectively bring a great deal of versatility, unique skill sets and production to our roster. I cannot wait to get to work with them.”

End of an era folks. And to make matters worse, the Nets are taking D.J. White too! Talk about a shocker.

But seriously, we've all known this was coming for two weeks. Unfortunately the day is actually here where it becomes official. I wrote my thank you to Pierce this morning, but obviously KG deserves a ton of love as well. Thanks for making basketball relevant again Ticket.

And if you were wondering what day you'll see Pierce and Garnett wearing their Nets jerseys? that would be Thursday.

The Nets will hold a press conference next Thursday at the Barclays Center to introduce Kevin Garnett, Paul Pierce and Jason Terry.

An ode to Paul Pierce, the greatest Celtic of my lifetime