What the Hell Happened to...Jim Barnett? 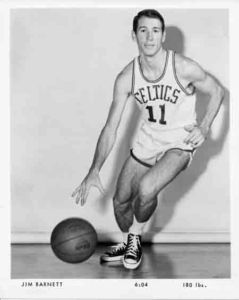 You may only know him today for his stellar work as the voice of the Golden State Warriors.  But long before Jim Barnett called it like he sees it, he actually played for the Celtics.  This week in What the Hell Happened To, we remember him.

Jim attended high school at Ramona in Riverside, California before attending the University of Oregon.  The Celtics made him the #8 overall pick out of the 1966 draft.  Jim remembers the time well:


"There were only 10 teams in the league then so I thought I might go in the second round somewhere, but I did really well in the East-West College All Star game, I was the leading scorer for the West and I think that kind of boosted to me to the first round.  I had no idea it was going to be the Boston Celtics, who were a storied franchise and won 8 straight championships.  So that was really cool."


But how different was the draft back then compared to now?  When the Celtics picked him, a writer from the Boston Globe called Jim and asked him if he was black or white.  True story.


Jim would only last one season in Boston since he was picked the following year in the expansion draft by the San Diego Rockets.  He later played for the Warriors for three seasons (1971-74) and five other teams during his 11-year career. Barnett averaged 11.7 points, 3.1 rebounds and 3.0 assists in 732 games, very respectable numbers.

Jim was recently quoted in a Grantland article, regarding the travel complications of early life in the NBA.  Here's an entertaining occurrence that happened with the legendary Elvin Hayes:

We were around each other more then, and I remember outbursts in airports and things like that. I think nerves were a little more frayed. I remember one with Elvin Hayes and myself. He and I didn't get along very well. He didn't get along with too many people, quite frankly. In Milwaukee, he got mad with me about something and started chasing me around the airport, but couldn't catch me. I ran and ran and ran and got to the taxi and went to the hotel. That day, we had an afternoon game. We were playing Milwaukee with, at that time, Lew Alcindor. It was going to be Elvin Hayes against Kareem Abdul-Jabbar and it was a nationally televised game. He was really pissed and this was how it carried over: Jack McMahon was our coach, and he really liked me. We're in the locker room before the game and I figured Elvin wouldn't start something then with everybody around. We're all dressed and now it's about a half-hour before game time, and Elvin is still sitting over there in his street clothes and Jack tells Elvin, "We go on the floor in about 10 minutes. You better get dressed." He said, "I no play." That's exactly how he said it, because he didn't use verbs all the time. Jack asked if he was hurt, and he said no. Elvin looked at me and said, "He play?" Jack said, "Yeah. Jim is starting. He's going to guard Oscar [Robertson]." Elvin said, "That man play. I no play." Jack took me outside the locker room and said, "OK, tell me what happened." I told him what happened and he said, "Listen, I'm not telling you what to do, but Bob Breitbard, our owner, if he had to get rid of somebody, we know it's not going to be Elvin." He led the league in scoring that year. He said, "If somebody has to go, it's going to be you. And I know you love San Diego. Do what you want to do, though." So I went in there and apologized and said, "OK, Elvin, I'm sorry, and I'm sorry for what I said last night." Everything's cool and we got dressed and I remember one of the first plays of the game, I kind of threw a behind-the-back pass on a fast break to him and he went right down the middle and dunked, and that made him happy all the time and we were fine.

One interesting thing I found with Jim discussing the difference between play today in the NBA and back when he played, he said that defenses were very individual- help defense and strong team defense wasn't as prevalent as today.  You didn't get the weakside help that you get today.  Yet offenses used to be more team-oriented (something I'd definitely agree with) whereas today, it's more about isolations and individuals going one on one. 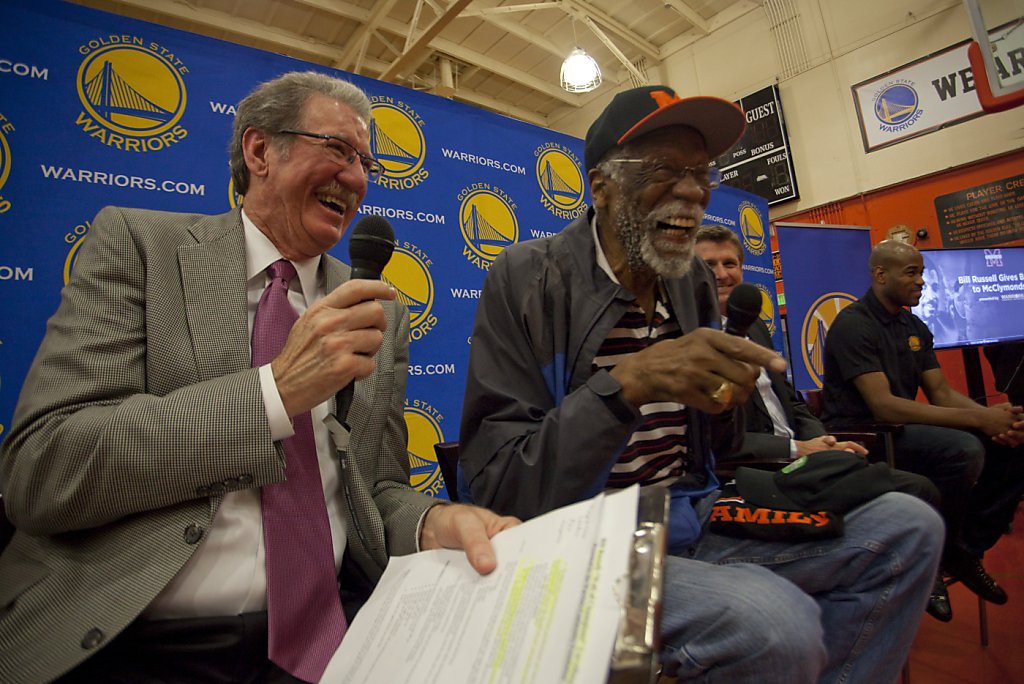 Today, Jim just wrapped up his 28thth season as the Warriors television analyst.  In addition to his broadcast work, Barnett plays an active role on a variety of television and radio programs throughout the season. He serves as a co-host on various Warriors programs, including all of KNBR’s postgame radio shows. Active in the community, Barnett also entertains a number of speaking engagements throughout the greater Bay Area during the year, including several guest appearances at Warriors Basketball Camp sessions.   Currently residing in Orinda, Barnett enjoys golfing, biking, tennis, and spending time with his daughter, Jennifer, her husband, Scott, and his two year old granddaughter, Stella Hope.

From his broadcasts, Jim sounds like a really down to earth and level-headed guy and I've actually always enjoyed listening to him (something I definitely can't say for the vast majority of guys out there; anyone ever listen to Austin Carr for the Cavs?)  Jim is highly regarded in the Warriors community today.  Older Celtics fans surely remember him and can take some pride in knowing he began his long NBA tenure in Boston.