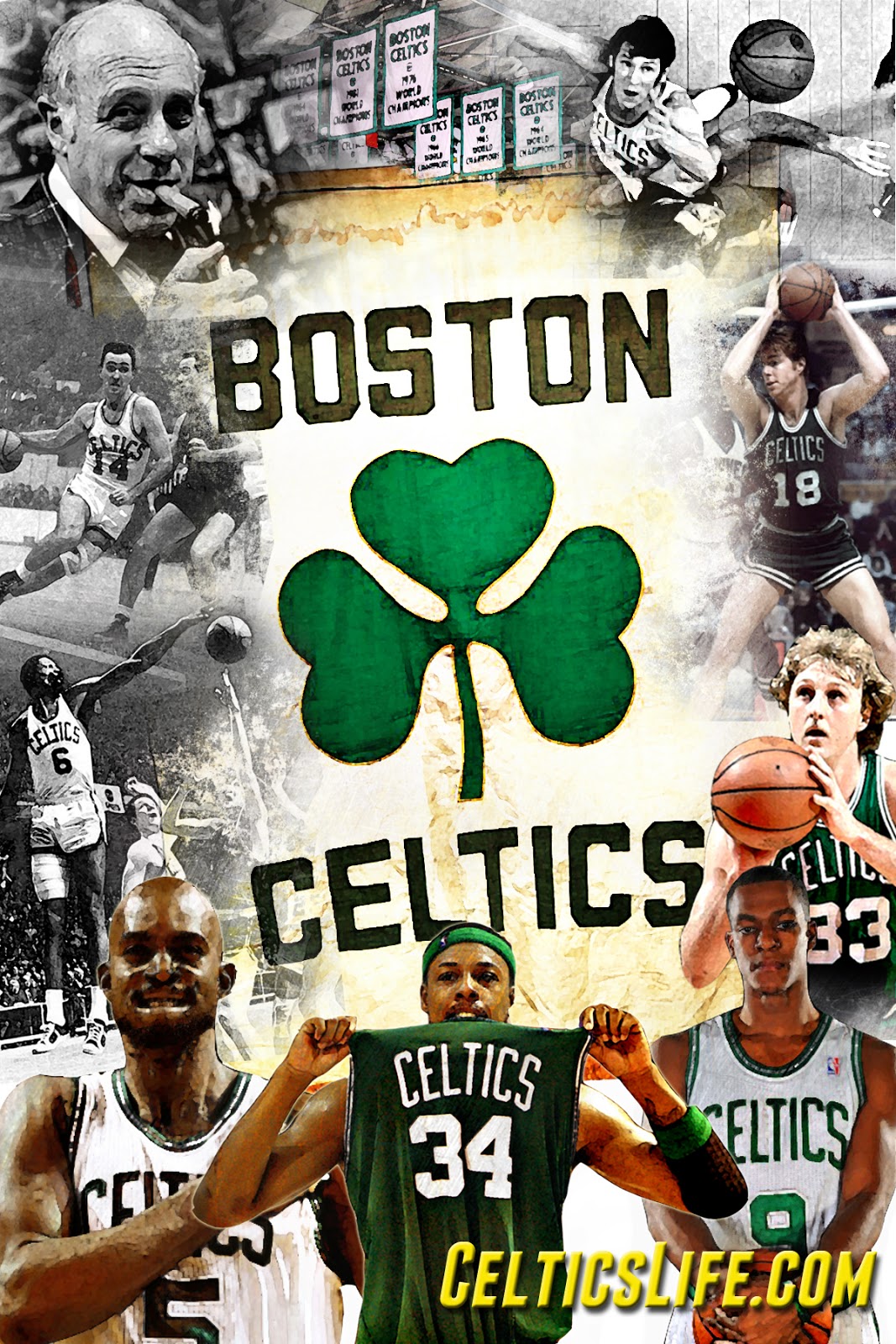 Our favorite Boston Celtics was founded on this day, June 6th, 1946.  Formed by the Boston Garden-Arena Corporation and its President Walter A. Brown, the Celtics initially competed in the Basketball Association of America before the league was absorbed by the National Basketball League in '49, which became the modern NBA.

The Celts struggled in its first four seasons and did not find success until Brown hired a firebrand head coach named Arnold Jacob "Red" Auerbach, formerly of the Washington Capitols and Tri-City Blackhawks, to lead the team.  With the genius of Auerbach (and perhaps the luck of the Irish) in acquiring and drafting players, Boston assembled a dynasty that won nine NBA titles from 1957 to '66.  After moving into the front office in '67, Auerbach helped engineer seven more World Championships for the C's before his passing in 2006, elevating the franchise to amongst the most successful in all of professional sports.

Happy Anniversary C's!  May many new banners be blessed upon the Garden rafters again soon! 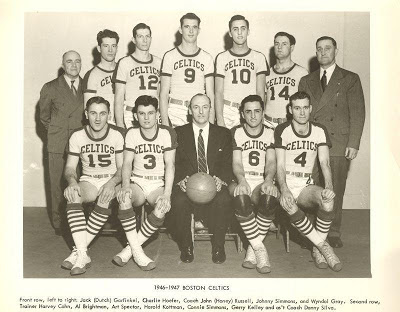 To the right is a picture of the 1946-47 C's, who were led by another Russell - Hall of Fame head coach John "Honey" Russell - and star forward/center Connie Simmons (#10), who led the team with a 10.3 points-per-game average.

Though none of their names are familiar nor their numbers raised to the rafters, they are the first of more than 60 seasons of C's to proudly don the green and white.