Where are the Boston Celtics Now? 5 on 5 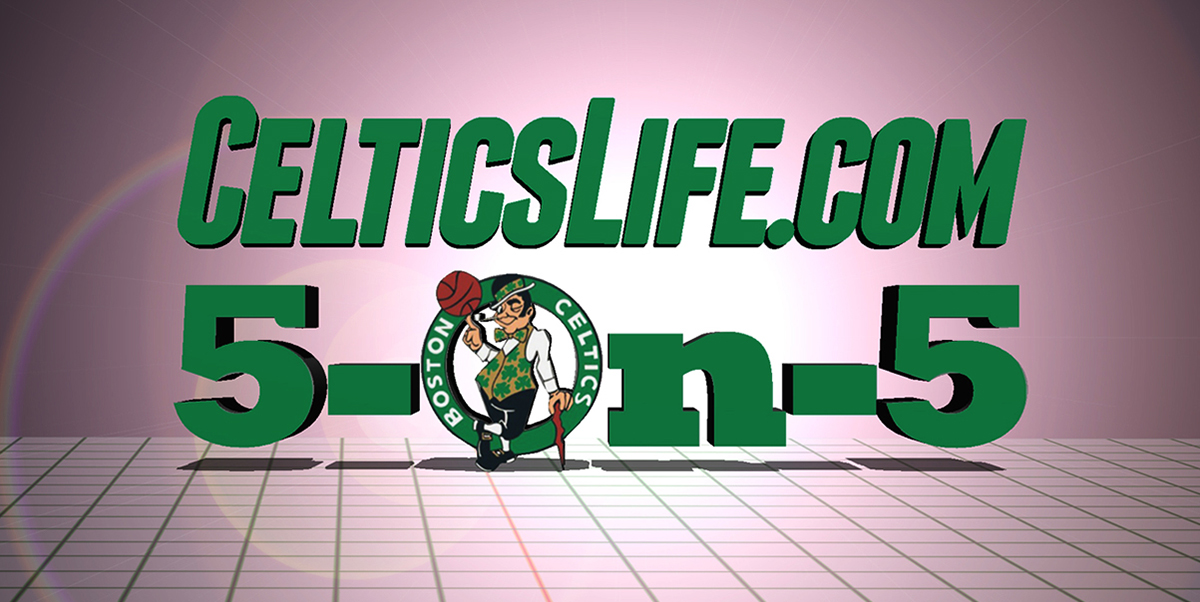 This has been a crazy last month of basketball for us Boston Celtic' fans, a lot of ups and downs and inconsistency. The writers from Celticslife weigh in. We are doing a 4 on 5 today (like when we used to have to do with Perkins on our team offensively), let's see how we produce.

1. We have just lost four games in a row that we should have won, where are we now?

Jun P: We are where we always were: a scrappy underdog. With Rondo/Sullinger/Barbosa gone, this team just isn't that talented. The influx of wins that happened after Rondo went down didn't change that. This team plays amazing defense, but the offense still follows the same old story. I just hope that the team is rested and healthy for the playoffs, so they can give their best effort in an inevitable defeat.

Eric: Well I'm not so sure how many of those games the Celtics "should have won," but Boston is right where it needs to be. They need to hover around the sixth or seventh spot in the standings to avoid the Miami Heat until the Eastern Conference Finals. No way they move up to third, and fourth or fifth means a second round meeting with the wrecking ball that is Miami. To stay in sixth or seventh, they have to lose some games. I know its not the plan to lose, but for seeding purposes, it's not all bad.

Matthew: I think we’re in a good spot. Ever since the year after the championship the Celtics have conceded some games at the end of the year right before the playoffs. Once the playoffs come around they ramp it up. The KG ankle injury is quite concerning though but we’ll see how that turns out. As long as they stay out of the 8th seed they’ll be fine. Besides Garnett, Pierce and Terry this team is a lot younger than the other teams in years past so hopefully that will be an asset in the playoffs.

Terry P: I think Mark Cuban was smart for not resigning him, or maybe its just our system, but Jason Terry in my mind has been a bust. Clearly his age has caught up to him, but I don't think he is warranted 5 million a year. I love his swagger and demeanor but he hasn't really played up to the hype. Reminds me of the Jermaine O'neal deal, just with less injuries and more talk.

Jun P: To be honest I think people expected Terry to be something he isn't. The main purpose of his signing was to get another proven scorer, and he technically has done that. He is shooting exactly around his career averages, and his scoring has really only dipped because he is taking single-digits shots for the first time since 2004-05. His role is to score, and nothing more. But he just hasn't gotten the shots he would need to give fans what they want in terms of raw points per game. His clutch play this season has been disappointing, but Terry is really flying around like normal.

Eric: I was totally on board with this singing this past summer. I thought Terry would bring the scoring off the bench and give the Celtics a go-to guy besides Paul Pierce and a more than respectable replacement for Ray Allen. Boy was I wrong. Terry has been a disaster for the Celtics. He's not looking for his shot as much as he should and sometimes you forget he's even on the court. There are plenty reasons one could point to, age, coaching style, what the other players on the court need. The bottom line is, this looks like a terrible signing and barring Terry's retirement, the Celtics are stuck with him for the next couple years.

Matthew: I don’t know what the Jet’s problem is, has all the mileage caught up with him? It’s definitely a possibility. He’s averaging, stats wise, about the same as the last few years he did in Dallas. He just doesn’t pass the eye test though, he seems like he’s still trying to do too much.

Terry P: I hope an All-star, doesn't every Celtics' fan? Realistically he can be a great starter for us. I think he should be starting now over Bass. For right now, I think he is worth his contract. See the Miami Heat game for his greatest potential. He still needs to learn how to rebound more.

Jun P: A combination of option three and four. I don't know if he will keep up his current production, especially his hot shooting from 3, but I think he has bounced back better than most people would have thought. He has a lot of utility in this league, as a mismatch on offense and his defense is actually very good now. Could he be a starter? Maybe. I just wonder how good that team would be.

Eric: He'll be the starter when Pierce retires, but not an all star. Green certainly has been playing better the past few months, but he is far from consistent. In the last couple weeks, Green has put up single digit points in games. That's not going to get it done. He has all the talent to be an all star, but there is still something missing and at his age, until he shows that piece is in him permanently then he'll just be a decent starter on a decent team.

Matthew Jeff Green seems to be cut from the same cloth as Rondo. Big time game he gives a big time performance, dismal team and a dismal performance. Right know he’s easily an NBA starter, but I think his potential could reach into being an NBA all-star. His combination of athleticism and size are almost unmatched, besides maybe LeBron. His main problem is consistency and effort. In the Miami game he was attacking the rim with reckless abandon, but then the Hornets game he hung out by the 3 pt line all night. Although I think part of the problem for him is that he’s not starting, he seems like his mentality is that he’s a starter and it affects the way he plays. Once he starts on a regular basis he will play a lot more consistently for sure.

4. Which seed will the Boston Celtics end up?

Terry P: I wrote an article last week saying that we could be division champs, and I am sticking to it. We just need to get our heads out of our ass and start playing like we were a week ago. Doc Rivers needs to be the voice and make players step up and be accountable. We need to start winning now.

Jun P: It seems the team is comfortable being the 7th seed now. They have faith in their ability to beat any team other than the Heat, and thus they would rather enter the playoffs fresh and healthy. The Atlantic division seems like a stretch now however. Therefore the highest I think we will move up to is 6th, but falling to 8th isn't entirely out of the question.

Eric: As I said before, Boston should finish sixth or seventh. The teams ahead of the Celtics should figure out their issues and the Celtics will continue to have their ups and downs with injuries and Doc sitting his vets for the playoffs. As long as they don't finish fourth, fifth or eighth, it's all good.

Matthew: I think probably the 7th, just seeing the way Doc has already been managing the guy’s minutes. Doc will have them positioned right where he wants them, so they won’t have to face Miami to the ECF.

5. Are your NCAA brackets totally busted?

Terry P: Last place in both of my leagues. Three words: Gonzaga and FGC

Jun P: I trusted Memphis and VCU more than I should have.

Eric: Nope. 10 of my sweet 16 teams are still in it, as well as all my final four teams. Sure, I had some upsets with Georgetown and Wisconsin in my elite eight, but as crazy as March Madness has been so far, I'm doing alright.

Matthew: Don’t watch college bball, didn’t do a bracket. Although if I did I’m pretty sure I would have been screwed by now lol.

Terry P =)
I am a pretty cool guy that is a big Boston Celtic fan, looking for a job, and just looking for new people to meet. I play basketball all the time and currently poor as fuck
Newer
Older