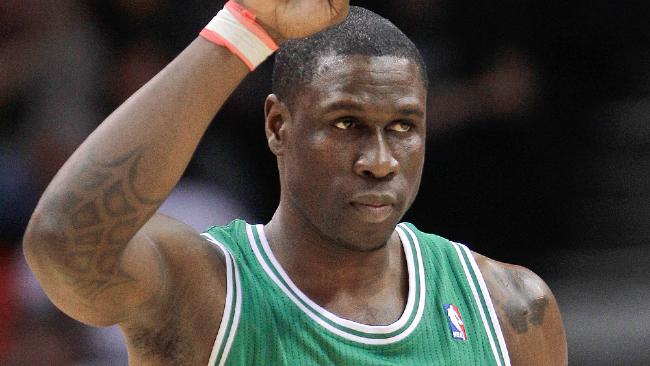 This is a little weird.

Mickael Pietrus, under contract with the Raptors (currently taking on the C's), met with the Boston media before tonight's game - and basically declared his love for the Celtics. Take a look (video courtesy CLNS radio).

CLNS also had a breakdown of the quotes, in which Pietrus gushed over his time in Boston, and all but begged for a Boston return. From CLNS (link).

“I would love to play here,” Pietrus said. “I love those guys in the locker room. KG and Paul Pierce. Every time they make a championship run, it would be great for me to play for them.”

“I can’t get over it!” Pietrus exclaimed when asked how long it took him to get over the Celtics passing on him. “I’ll be honest with you. I can’t believe it. I just can’t. Boston was what I need to do [sic]. Fight, protect your jersey and that’s how I like to do. It is what it is. But, I’m very happy to see the guys back and you never know, hopefully I’ll be back. You never know. Cross your fingers.”


I'll be honest, Pietrus drove me insane last year. And that was when he was a 30 year old who had undergone only two knee surgeries. Next year he'll be 32 years old (and he has since undergone a third knee procedure), and coming off a season of riding the pine in Toronto. In other words, there are sure to be better options.

With that said it's always cool to hear a player speak so highly of their time in Green, and it's clear that Pietrus enjoyed his time in Boston as much as anyone. And hey, if he was willing to accept a 3rd string wing role - I'd welcome him back. Worth it for the awesome interviews with Dickerson alone.