Paul Pierce goes on the record, says he wants to see the Heat in the playoffs 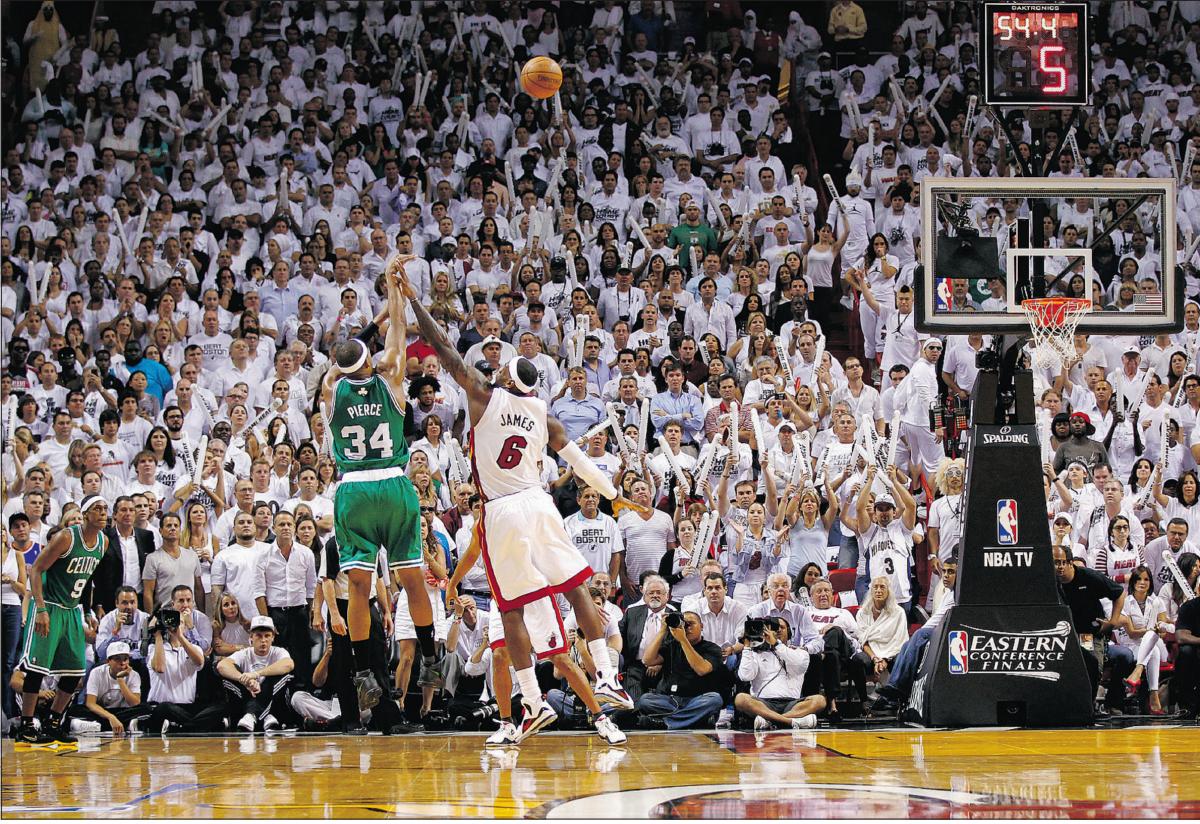 The Miami Heat are the best team in basketball. Whether you love them (doubtful if you're reading this), hate them (quite likely if you're reading this), respect them, or not - they have proven it. They are the defending champs, have the best winning percentage in basketball, and are in the midst of an 18 game winning streak; the longest such streak in the NBA this season.

With that said - the Boston Celtics want their shot. Especially their captain, Paul Pierce, who went on the record with his desire to play Miami in the post-season for the 4th straight year. In an interview with NBA.com's David Aldridge, Pierce talked about the Celtics post-season chances, and his desire for another shot at the Heat.

Pierce: We know we're going to be a tough out, regardless. I think we're going to be that team that nobody wants to play in the playoffs. Right now we're so unpredictable. You don't know what we're capable (of). You look up and we play teams, sometimes we lose to bad teams, and then we beat the better teams. We don't know which Boston team is going to show up, and at any given moment we can get hot and beat the best of the best in the NBA. We've shown that we can beat Miami; we've shown that we can beat Oklahoma City; we've shown we can beat New York. You're talking about some of the best teams in the NBA. We're just going to continue to fly under the radar and see what happens.

Me (Aldridge): You want Miami again, don't you?

PP: I always thrive on wanting to play against the best. Right now, Miami's the best. It would be nice to see them in the playoffs. Winning's not easy. In order to win, you've got to see the best. And I think it would be fun for the NBA.


Of course, the C's beat Miami in 2010 on their way to the Finals while Miami has knocked off Boston the past two seasons while on their way to Finals appearances of their own. While I'm sure Pierce is not lying that he 'wants' Miami, I think it's more of the fact that he knows the Celts will need to go through them eventually to reach their goal. Let's face it - no one else is beating the Heat. Not unless LeBron loses an ACL sometime in the next two months at least.

Miami has taken their level of play from 'great' to 'championship great' to now 'borderline all-time great' over the past three years, yet that has proven basically irrelevant in their match-ups with Boston. No matter how well Miami is playing, the Celtics always seem to play them close. Since the Miami 'Big 3' has gotten together, the teams have played 22 games, and the series is tied 11-11. Of course Miami has gotten the best of the Green in both playoff series, but with guys like Pierce, Kevin Garnett, and Doc Rivers (as well as Rajon Rondo and Ray Allen in previous match-ups) on hand - the C's have never backed down from LeBron and company.

For the past few weeks I just haven't been able to shake the feeling that Boston/Miami Round 4 is coming. The Celtics have finally began to resemble the team many fans thought they had in the pre-season: a team built on phenomenal defense, a few future Hall of Famers, and a stable of role players with complementing skill sets. Of course the path they've taken (losing Rondo, Jared Sullinger and Leandro Barbosa) has been a little strange, but nonetheless here they are, 34-28, and within 2.5 games of home court in the first round of the playoffs.

For me I'd say the most likely answer is no, but I just can't completely rule the Celtics out. Not with the way Avery Bradley has played Dwyane Wade. Not with the way Jeff Green played LeBron in their last match-up (and Green's overall level of play since Rondo's injury). And not with the way Pierce and KG have morphed into the 2008 versions of themselves (just with less minutes) since Rondo went down. That's the biggest thing I take from Pierce's comments. While the Celts would certainly be massive underdogs in both Vegas, and in the media - they wouldn't be in Pierce's eyes. Nor Garnett's. Nor Rivers'. And with the way the rest of the team has bought in recently - not in their's either.

That's why, as a fan, I want another shot as well. At the very least it gives us 6 of 7 thrilling games where we all get to scream in our living rooms about how Stern wants Miami to win. And at the very most we get to watch the Celtics, absent their best playoff performer, get in the way of a potential Miami dynasty. Sounds like a risk worth taking.

Kudos to CelticsTown for finding the Aldridge interview