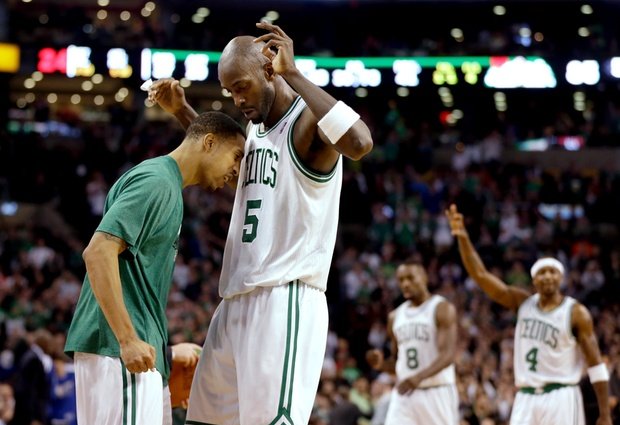 Lee coming back is obviously good news, but it's far overshadowed by the Garnett bit. Last night on CSNNE Cedric Maxwell said that KG was limping and wearing a walking boot on his way to the team bus the other night. Not good.

At this point, the Celtics really only should have one goal in terms of seeding - Avoid #8. They're 7th right now, 2 games up on the 8th seeded Bucks, and staying ahead of them is all that really matters. The Celtics should be able to accomplish that even if KG needs some time to rest, therefore they need to shut him down until he's 100%. Once the playoffs start, Boston has absolutely no chance without Garnett, so now is the time to rest up and get healthy.

It was fun for a while to see the C's move up in the standings, and even flirt with a 6th straight division title, but those goals are gone, and a new and familiar goal has returned - get healthy in time for the second season.

Update: KG looking like he'll miss some time, but that Doc is confident he won't miss the rest of the year.

According to Doc, #celtics are still waiting for Garnett's MRI results and Doc said Garnett could miss 4-5 games but he wasn't certain

#Celtics coach Doc Rivers said he's NOT worried about Kevin Garnett not playing again this year ... So there's that.