Do we need more Shavlik? 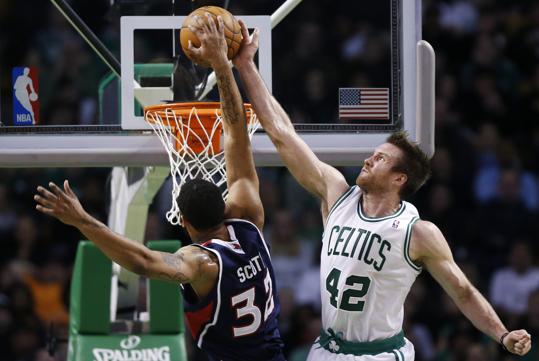 For pretty much as long as I can remember, one of the Celtics biggest weaknesses has been rebounding.  Last night Shavlik Randolph pulled down 13 boards in 22 minutes.  An amazing 7 of them were of the offensive variety; for comparison in the win at Cleveland on Wednesday the C's as a team had a total of 2 offensive rebounds.  Here's what Chris Forsberg of ESPN Boston had to say about Randolph's performance against the Hawks:


"Randolph was otherworldly at times on Friday, most notably on the glass, where his rebound percentages were off the charts. He grabbed 36.8 percent of all available offensive rebounds, 37.5 percent of all available defensive caroms and 37.1 percent of all rebounds overall while he was on the floor. Those are insane numbers for someone playing nearly half the game. To put it in perspective, Pierce grabbed 10 caroms, and his rebound percentages were 0.0 offensive, 28.6 defensive and 15.4 overall." 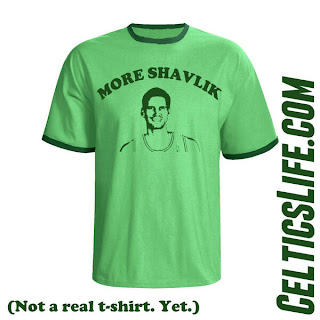 Randolph has played 81 minutes this season since joining the Celtics, and in that time he has a total of 36 rebounds.  That's one for every 2.25 minutes of action, which would put his average somewhere in the neighborhood of 15-16 boards per game if he kept that up for a starter's playing time.  On Wednesday Chris Wilcox got the start at center, but logged just 21 minutes of action.  Meanwhile Doc had Randolph on the floor for 9 minutes, the most he'd played yet in a competitive game.  Yesterday Wilcox again started, but was only in the lineup for a total 13 minutes, while Shavlik recorded a season high 22.  This might be an anomaly, but it also could be the beginning of a trend.