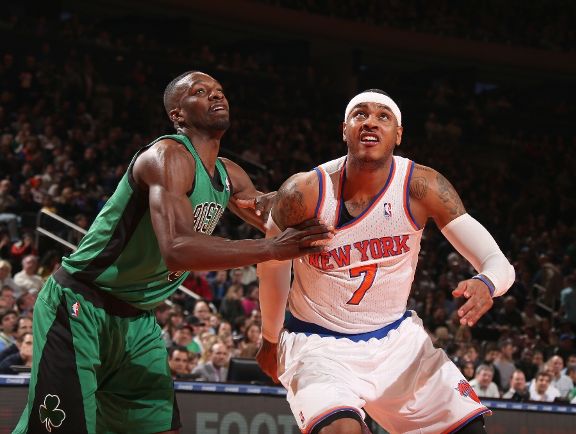 The Boston Celtics fell to the New York Knicks tonight 108 to 89 at Madison Square Garden. The Celtics looked like they ate too many Easter eggs as they were really lethargic on the defensive end. The Knicks had their way from 3pt land as they made 14 of 27 for 52% all night. New York's bench also dominated the game giving a huge boost over the Celtics reserves. By the fourth quarter Tommy was huffing and puffing with frustration with the C’s effort.

Carmelo Anthony must’ve been jacked up for his Syracuse Orange making the final four because he was the Knicks leading scorer with 24 points. Raymond Felton also played extremely well shooting 6 of 10 for 18 points. Paul Pierce and Jeff Green led the green in scoring with 24 and 27 points. The Celtics look to bounce back with a win versus the Minnesota Timberwolves tomorrow evening.