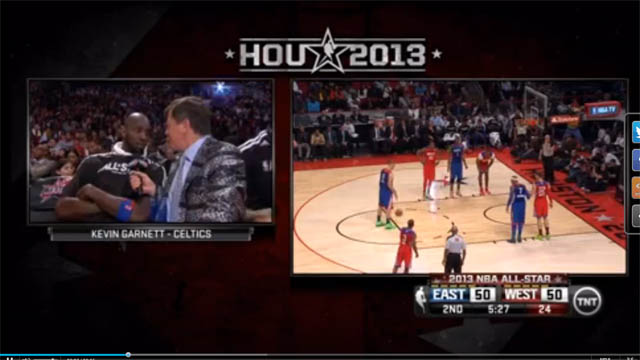 Kevin Garnett and reporter Craig Sager have a history of discussing Sager's wardrobe selections, starting several years ago with the infamous "take that outfit home and burn it" interview.

KG continued his criticism of Sager's clothing at the 2013 All-Star game in the video above, this time telling him he looks like a Christmas ornament. I think TNT needs to start a TV show or segment with Sager and KG once Garnett retires. The two would be hilarious together.