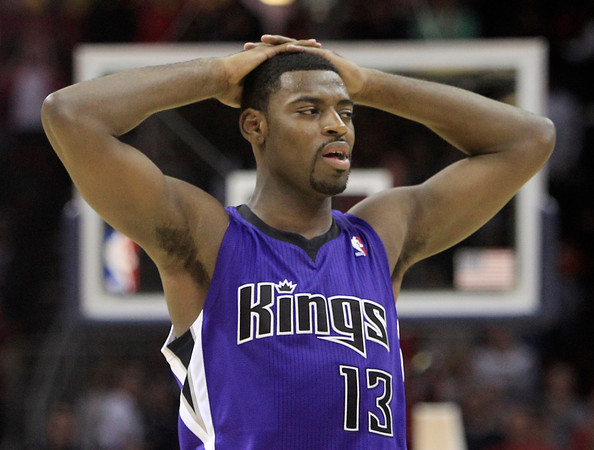 My Legion Sports tweeted this out just a few minutes ago. They've had some good insight's the past week or so and are featured on ESPN.com and SI.com, so it's worthy of a mention.

There's also the matter of who the C's would give up. They currently have a back court of Rajon Rondo and Avery Bradley, which I happen to like quite a bit. Evans will become a restricted free agent at the end of this season, so you'd have to imagine the Celtics would re-sign him at season's end. I personally wouldn't deal Bradley for Evans straight up, never mind Rondo, and any other combination of players just doesn't make sense (unless Danny imagines Evans as a 6th man type I suppose).

The only way I could see Evans in a Celtics uniform is if Ainge has decided to blow things up in some kind of Rondo mega trade that nets the Celts both Evans and Cousins (with other pieces involved on both sides). To me this would be the worst possible trade the Celtics could make, considering both players questionable personality types.

Evans is also currently recovering from a knee injury, missing the Kings past 11 games.

Considering the Kings are on their way to Seattle, it wouldn't shock me to see them deal both Evans and Cousins in the oncoming weeks, but after seeing the Celtics complete 180 as a team since Bradley returned, I hope that this isn't anything that has crossed Ainge's mind. After all it would be a shame to see KG's career end with a double homicide of Evans and Cousins after the 542nd time the duo missed a defensive assignment.