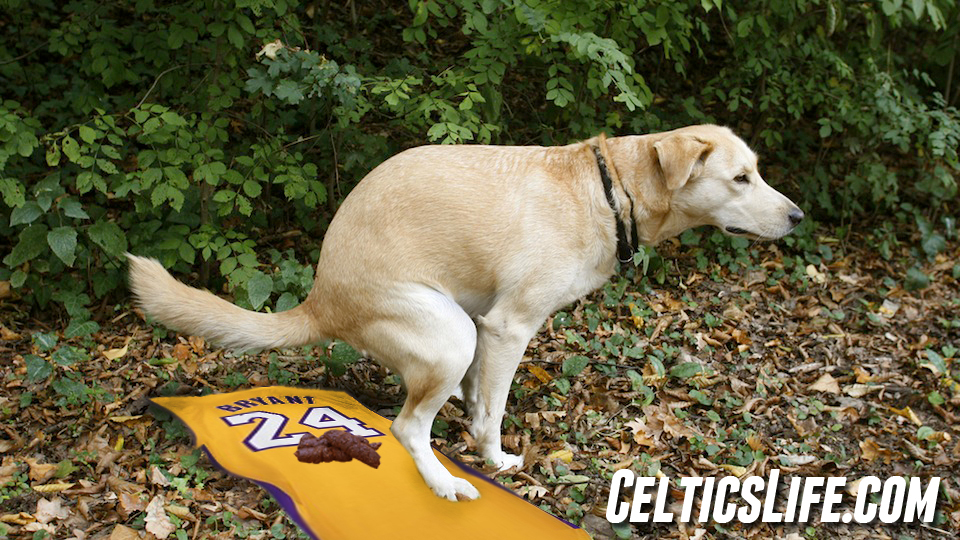 Had you told me when I woke up this morning that I would be writing several paragraphs about an NBA player who refuses to clean up dog poop, my first reaction would've been "just another Friday", but my second reaction most definitely would've been "gotta be Kobe". And wouldn't you know, it was.

Chris Palmer of ESPN the magazine had a long interview with Kobe (link) on ESPN.com's 'Fandom' section of the website, and there was a ton of interesting stuff. Just a few that caught my eye: Kobe gets sick of the MJ comparisons, KG helped Kobe make the decision to jump straight from high school to the pros, and that Kobe has 'never lost a game of 1 on 1'.

All of these things are well and good, but the best part of the exchange was Palmer asking Bryant what his pet peeve is. His answer - dog poop of course.

I hate dog s---. I won’t go near it. So pissed when I step in it. I’ve got four dogs and I just don’t do dog doo. I’m a diva when it comes to that. Back in the day when I was in Italy, I used to order shoes from Nike all the time. I had to have all the fresh joints. I ordered the Elephant Print Jordans that were amazing. I went to the park to play and stepped in a huge pile of dog s---. You wouldn’t believe how mad I was. I was breaking off sticks to try to get it out of the crevices. I smacked them together and scraped the soles on the curb but couldn’t get it all out. Ever since that day I just can’t stand dog crap.

I guess I kind've agree with Kobe. Stepping in dog crap is never fun, and he absolutely nailed the description of trying to clean out the crevices of your shoes when something gross gets in it. I stepped in a giant mound of sour cream at Howl at the Moon about a month ago and I still have traces of the white stuff in the treads. Devastating type stuff. Of course I didn't start hating sour cream because of it. Nor would I pull the diva move of not cleaning up sour cream if I dropped some on the floor. I guess that separates me (guy who writes about poop/sour cream on the internet) from Kobe (top 5 scorer of all time).

Anyway the article is actually a good read. Kobe is one of the more transparent NBA players out there, so his interviews so well beyond the normal canned answers players normally give.

P.S. our very talented @wilkeduhn shared a few of Kobe's up close and personal interaction's with his arch nemesis. 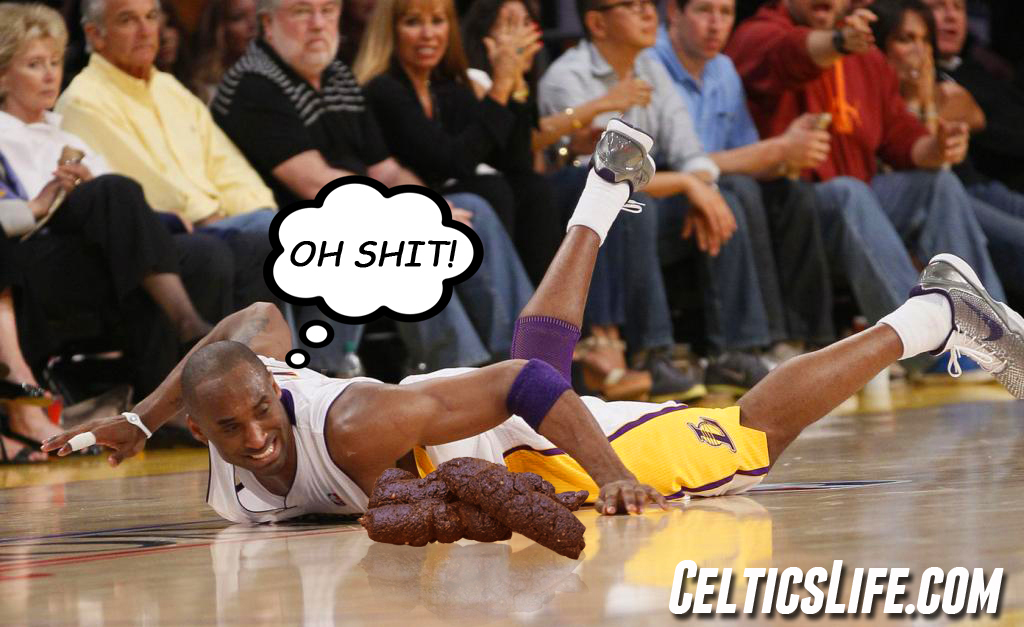 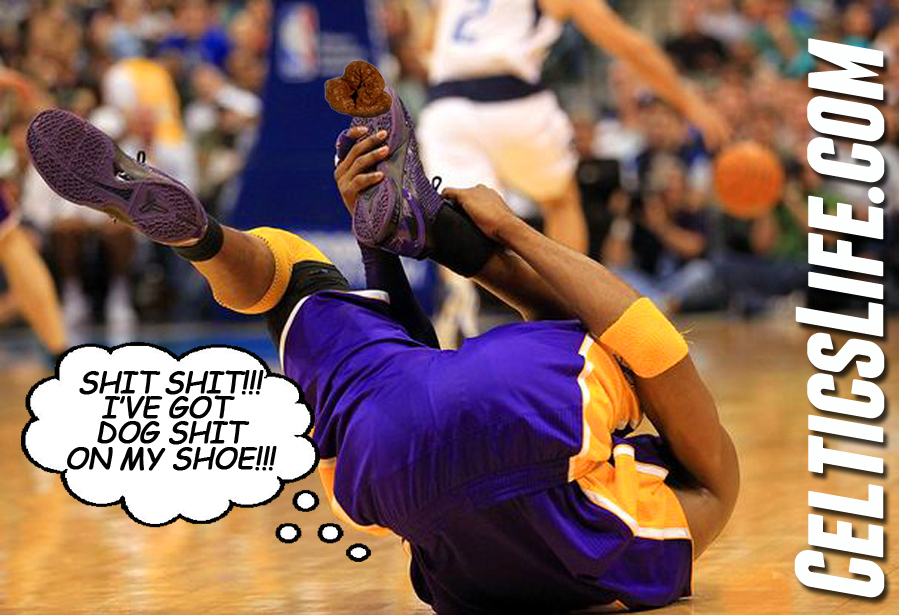