A rundown of the problems facing the Boston Celtics 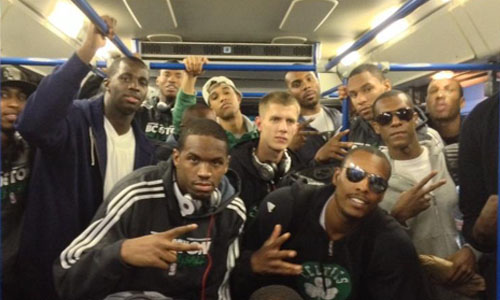 An under .500 record through 29 games, it is safe to say the 2012-13 Boston Celtics have been a disappointment thus far. But why is this team struggling so much? What exactly are its problems? Let us take a closer look at the areas of struggle so far this season.

One of the main problems is just how bad the Celtics offense is. Currently sitting at an OTRG of 102.5 (ranked 23rd in the NBA), the Celtics actually have a worse offense than the 10-win Sacramento Kings. One of the cardinal rules of the NBA is this: The best offenses hit a lot of 3s and draw a lot of free throws. The Celtics do neither.

The Celtics do not take many threes (28th in attempts), and they do not do a good job of hitting them either (17th in 3-point percentage). In terms of free throws? It is a little better: They rank 22nd in the league for drawing free throws, but are 4th in free throw percentage (.793%). This team just does not draw free throws, despite being so good at making them. The Celtics offense system has been a problem ever since the 2008-09 season, but it was covered up by the elite defense. With the defense shaken, the Celtics need to look at remodeling the system.

The Celtics hit shots (6th in the league with a .462 FG%) but they do not get many. In terms of field goal attempts, they rank 24th in the league. Despite all the talk of small-ball and "running with Rondo", the Celtics are still slow. They rank 17th in the league in pace. I would love to see the team "run and gun" a little more, because some of the personnel acquired this off-season is fit to play fast, and we all know Rondo is best in the open court.

Unfortunately, unlike previous years, the defense has also failed us this season. Currently ranked 13th in the league at a DTRG of 104.1, the Celtics are 11 spots lower than last year (2nd in the league at 98.2). The Celtics are currently doing a terrible job guarding the 3-point line, and stopping the opponents from grabbing offensive rebounds.We give the other team far too many opportunities to beat us.

The Celtics are actually still good on defense when Kevin Garnett is on the floor, but once he leaves it collapses. We need a big to step up and anchor the defense when Garnett sits. If not, we need to get one. Getting back to our usual defense is a must for a turnaround this season.

The Celtics have had a multitude of problems this year, culminating in a 14-15 record. While this team currently looks like a first-round exit, I still have faith. This team has too much talent to go out like this. We have looked like championship contenders at multiple points this season. Our main enemy is inconsistency, but it is still early and we have a lot of new pieces. No one will remember these struggles if we're winning in the spring.