Video: What celebrities are the Celtics often mistaken for?

Comcast Sportsnet New England produced the above segment, where they asked some of the Boston Celtics players who they are often mistaken for (starts at about 1 minute into the video). Rajon Rondo says that people have mistaken him for Chris Tucker, while Jason Terry has been mistaken for Steve Urkel.

But some of the players have been mistaken for other Celtics players, including fans thinking that Paul Pierce was Kevin Garnett, or Jeff Green was Brandon Bass. What type of fan can't recognize his or her favorite team's players from one another? 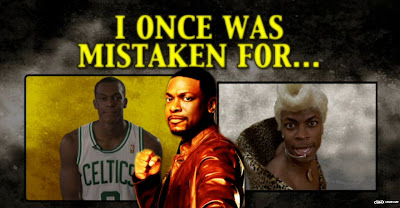