On WEEI's Dennis and Callahan show this morning, Celtics head coach Doc Rivers discussed the state of the team, and had this to say about Darko Milicic: 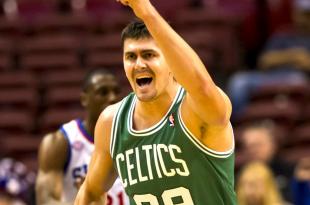 "It's up to him right now. He has some family issues, more his mom. Not playing, and being in another country, and the NBA hasn't gone exactly great for him over his career. So, it's a lot of reasons for him to want to leave. And I understand that, and I told him that. So, I pretty much left it up to him. He has my blessing either way."


Doc also mentioned that if Milicic chooses to leave, the team will not immediately replace him just for the sake of filling out the roster:

"I don't think we're in any rush to do that. If we see somebody out there that we think can help us if Darko leaves, then yes. If not, patience usually helps in our league. Especially after the All-Star break, guys get released, other guys become available. I think we'll be patient."


While many out there will argue that the Celtics should have known better than to give yet another chance to the bust of the 2003 draft; my response is "who cares?"  If he leaves, fine.  No big deal.  It's not like Boston was actually counting on him for anything.  No harm, no foul.