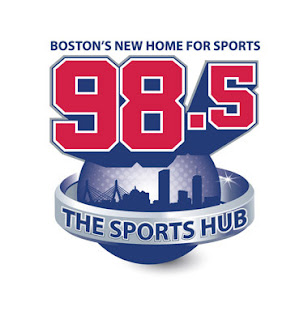 After avoiding talking Celtics for so long, local sports radio stations might find it in their best interests to start paying attention.

If you live in the Boston area and like sports, you probably listen to sports radio. Even occasionally.

For those that don't fall into that category, here's a little briefing for you. There are two local sports radio stations - WEEI and 98.5 The Sports Hub. WEEI held a monopoly for a long time. The 411 on WEEI was that if they ever had any competition, they'd be in trouble.

Enter Sports Hub a couple of years ago, and yes, WEEI was in trouble. Sports Hub quickly vaulted to number one.

Among other things, a lot of Sports Hub's success has been credited to the fact that they talk hockey, whereas WEEI would laugh at callers if they ever had any thoughts on the Bruins.

While that's great for hockey fans, there's still a dearth of Celtics talk on the radio in town.

With training camp kicking off, two games being played and plenty of new faces and high expectations for this team, you'd think it'd be a topic of interest. Especially considering the only other active team right now is the Patriots.

While I'll give Toucher and Rich credit for talking Celtics more than most (Rich even gave a shout out to CelticsLife on the air once) and some classic Scalabrine interviews, the rest of the radio is next to barren when it comes to NBA. The only time you hear Celtics talk is either around the trade deadline or when the playoffs start.

Is it because the Celtics are number four in town? It's certainly something I wouldn't rule out - but not something I'd buy as the sole and only reason. After all, the Bruins weren't very good when there were cries for hockey talk and look what that did for Sports Hub.

Also, I'm not saying that I'm actually begging for the uneducated (NBA wise) opinions of people like Scott Zolak or Michael Felger (an admitted hater of the NBA) on the Boston Celtics. What I am saying is that they might need to consider brushing up on their knowledge and talking a little more Green.

The reason? A third hat has entered the ring recently, and that's ESPN.

ESPN Radio has a joint partnership with WEEI and will now be broadcasting on 850 AM. That means that Celtics fans who were starved for NBA talk on the radio, now have somewhere to turn.

If Felger and Mazz don't want to talk about the team because Felger has a hate of the NBA? Fine, after being ignored for so long, I and many other fans will turn their dials elsewhere. Even if they do decide to talk NBA and do their normal thing of bashing Rondo or making fun of Garnett, there's a much better option of knowledgeable NBA people sitting at ESPN. Who's opinion on the Celtics would you value more, Tony Massarroti or Ryen Russilo?

The Boston sports radio hosts may be forced to talk NBA soon. With Sports Hub's claim to fame being "Hockey Talk" and there being an NHL lockout, their deficiencies in covering the NBA may come back to haunt them.

After all, if they cared about the Celtics or the NBA, wouldn't they be talking about them now?