What the Hell Happened To...Kermit Washington? 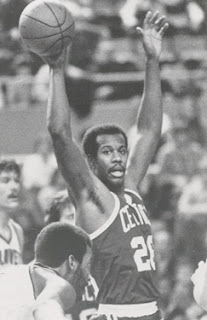 Let me start out by saying this: if you think I'm mentioning the thing that Kermit Washington is most famous for in this week's What the Hell Happened To, think again.  It's not happening here.  There's a very good book on it here.  For a most in-depth profile of his life look no further than one of the sections here; (I'm not 1/3rd the writer David Halberstam is and reading that book is an essential for all NBA fans to understand how the game was and what it's transpired to today).  All I'm here to tell you is that Kermit Washington could play basketball.  And when no one else gave him a chance, the Celtics and Red Auerbach did back in 1978.

He was a late bloomer who wasn't even recruited by a college.  He happened to partake in an event after high school in which college scouts came.  He played balls-to-the-wall, hustling for every loose ball, diving on the floor.  American University in Washington, DC saw a project and gave him a scholarship offer.  Because of his tireless work ethic and hunger to be "Kermit Washington, star basketball player," Kermit dedicated himself fully to the game while at American.  By the time he was graduating, he was a first team All American and even averaged a 20-20 for one of his seasons. 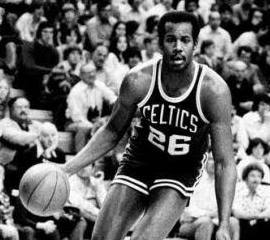 He was drafted in the first round with the 5th overall pick by the Enemy in the 1973 draft.  Playing time was very sporadic his first few years.  After the incident that I refuse to mention in this article, lal insisted on moving him and the Celtics were willing to give him a shot.  Red Auerbach knew Kermit well since he had worked at his summer basketball camp.  He knew what Kermit was all about as a person that the incident was just very poor timing and it wasn't fair to pigeonhole him because of it.  So in December of 77, the Celtics acquired Kermit and Don Chaney for a washed-up Charlie Scott.

Kermit played his ass off while in Boston.  He lived on the 26th floor of a hotel and to get himself back in playing shape during his suspension he'd run the stairs at there.  5 times a day.  Kermit's mentality was if he could outlast you with his endurance, he would outplay you.  He played very well in Boston averaging 11.8 points and  10.5 rebounds per game in just over 27 minutes.  That was good enough for almost a 20% Total Rebound Percentage.  To put into perspective how dominating that is, Dennis Rodman has the highest of all time with a 23.4%  The highest active today is Dwight Howard at 21%.  Kevin Garnett for his career is at 17% 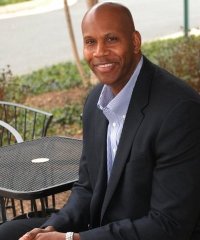 You may not know it, but after his only season with the Celtics, Kermit had agreed to re-sign with the Celtics for 4 years..  Then the strangest deal ever happened, where the Braves and Celtics' owners switched teams.  The Celtics owner wanted to move the team (wasn't happening in Boston).  But the Buffalo Braves could be moved out to San Diego.  So the two owners, John Y Brown and Irv Levin, in an unprecedented move, swapped teams.  Levin moved the Braves to San Diego and they became the Clippers.  Somehow, someway, some of the current Celtics had to go.  Kermit was one of those guys, along with Sidney Wicks, Kevin Kunnert, and Freeman Williams, the latter two of whom never played a game for the Celtics.  In exchange came Tiny Archibald, Marvin Barnes, Billy Knight and a second round pick that turned into Danny Ainge.

Kermit would play for the Clippers and Blazers before retiring because of injuries.  He made an ill-fated comeback attempt with the Warriors  in 1987 at age 36 before realizing how grueling games and practices were (good luck Rasheed). 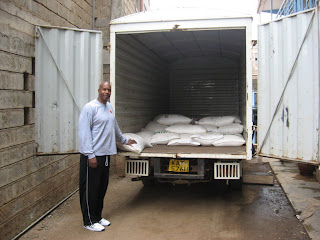 If you never got to see him play, here's what Kermit Washington was: extremely hardworking, a relentless rebounder, a weight-lifting machine.  He was soft-spoken and a humble guy.  Here's what he's not: a thug.  Averaging a double-double in the NBA in any season is no small-feat.  Kermit did it in two seasons and was very close to doing it twice more.  In today's watered-down, height-challenged NBA, Kermit would definitely be a center.  And I'd expect him to put up even more impressive numbers.

Since leaving the NBA, Kermit has embarked on various endeavors, many of them geared towards the betterment of society.  For a while, he was trying to push a custom weight vest he came up with.  He helped run Pete Newell's Big Man Camp for several summers until they went off in different directions.  Like Tony Massenburg, he tried his hand at owning a restaurant in Portland called LeSlam (years before LeBron was even a name people knew).  He had a radio talk show where he spoke about sports in Portland.  Possibly his proudest accomplishment is his ongoing Project Contact in Africa.  He sued the NBA in 2001 for $5 million for defamation of character when he was unable to land any coaching positions (I wonder if Patrick Ewing might take that route one day).  He didn't win that case but did get the NBA to donate to his charity.  Even though he is divorced from his ex-wife Pat (who along with Auerbach and Newell he credits the most for helping him during the troubled time in his career) he lives with his son Trey in Washington, DC.  You can follow him on Twitter here: https://twitter.com/@NBPAKermit.

***9/25/13*** Special update on Kermit's latest endeavors from Becky Blanton: Kermit is working for Kissito.org on a special project—"WhiteStormRelief.org," feeding 2,000 villagers, mostly children, whose village was decimated by an extreme hailstorm (2-4 feet deep hail) in August 2013. Keep up the awesome work Kermit, your Celtics' fans are proud!