All About 18: The Leader 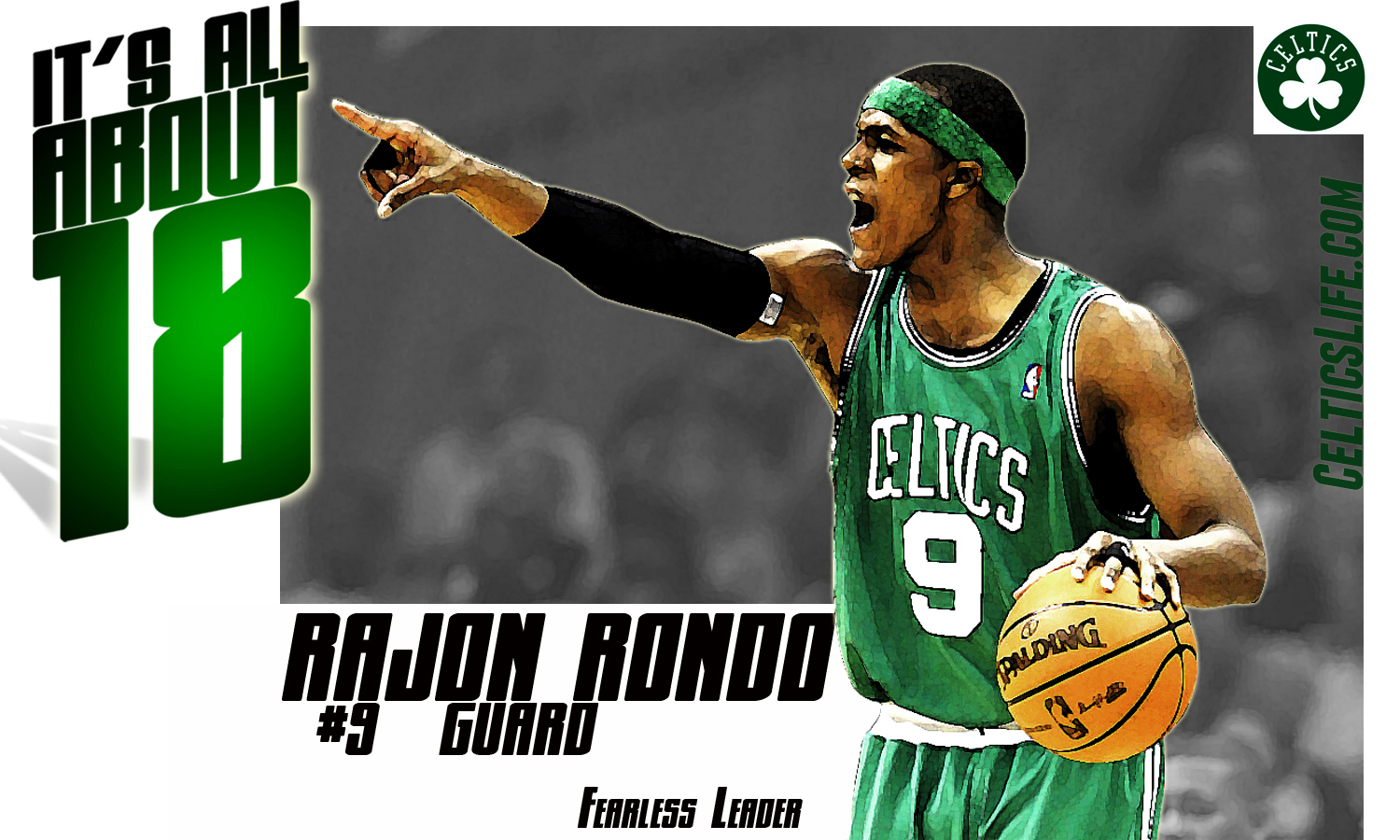 "We hadn’t started training camp and on Sept. 4 – first day I got here – Rondo, all he was talking about was getting back to the championship and winning it.  Once you hear that from your star players you don’t want to let them down.  That motivates you to be on the same page.”

- Courtney Lee
“(Rondo’s) the second-best player in the league.  He didn’t make the USA Team, sometimes he’s a replacement for the All-Star Game.  He’s the epitome of an unselfish player.  He rebounds the basketball, he affects the game in five statistical categories.  He shoots a higher percentage than all the point guards and they always talk about how he can’t shoot.
“Not only do I think he’s the second-best player in the NBA behind Kevin Durant, but I think he’s an amazing leader.  I think he doesn’t get a fair shake in the media and I wish they knew (him) the way I did.”
- Keyon Dooling
“It’s a process.  Three years ago he was learning how to be a leader.  Two years ago he got better and now he’s here.  It takes time, especially for him.  (Being) young going into a veteran team is hard.  My rookie year (Atlanta coach Mike) Fratello tells me that I’m a starter and I’ve got Dominique (Wilkins) and Tree Rollins and (Dan) Roundfield.  Here are all the veterans and I had to tell them what to do, and it’s hard to do.  Rondo had Kevin, Ray and Paul.  It takes time and what it really takes is action.  You have to prove it with your actions before anyone will listen to your voice.  Over the last couple of years Rondo has proven it.”
- Doc Rivers
“The way he played last year in the playoffs, I thought, was pretty incredible.  He proved he’s the best player on the team.  He’s earned the respect of his teammates and coaches.  That’s a big step, and we’re excited for him this year.”
- Danny Ainge
“He wants to be (our leader).  When you are a young player in this league, you want to establish yourself.  I think he wanted to be a leader, he just didn’t know how to (be one).  The three that were here (KG, Pierce, Allen) were able to teach him parts of it.  Obviously he’s going to lead the way he feels.  He’s going to do what’s best for the group, and the team, and the guys.
“Every year he’s gotten better and better and this year should be no different from that.  I’m looking forward to watching Rondo not only blossom (as a player), but lead us.”
- KG
Rajon Rondo.  The Celtics’ Fearless Leader.  Pointing the way to #18.