What the Hell Happened to...Chris Herren? 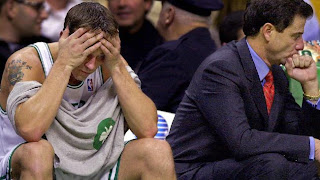 
Weed, coke, crystal meth.  Alcohol and ecstasy.  Heroin and OxyContin addiction symptoms.  Chris Herren’s been there and done that.  And he’s not afraid to shy away from it.  If you have a chance to read  his biography Basketball Junkie, do it: it’s one of the better sports books I’ve read.  Chris doesn’t cut corners.  He doesn’t filter out stuff that didn’t take place.  He tells it how it was.  Some of it is mind-blowing and it’s truly remarkable how he’s alive today to tell his story.  This week in What the Hell Happened To, we look back on Chris' story. 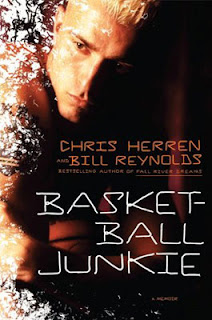 From growing up in Fall River (1 hour outside of Boston) in the shadow of his father and older brother, both standout athletes, Chris was faced with pressure from a young age.  As he became better and more athletic at sports, he became the face of Durfee HS Basketball, a school that reminded me of those passionate Texas HS football programs where everyone and anyone in the community knows what's going on with the team.  In Fall River, people lived for Durfee Basketball.  It's like their own professional team.

After being named a McDonald's HS All American, Chris decided to attend nearby Boston College.  At BC, he was injured in his very first game.  Unable to play, he became reckless, even experimenting with cocaine, something he had said he'd never do after Len Bias' tragedy.  He had been a big drinker in high school and soon he'd be doing the two things in tandem.  With no urge to attend classes, Chris' life was quickly spiraling out of control.  He'd be expelled from BC and a Boston Globe write-up detailing the specifics was especially demoralizing to his character. 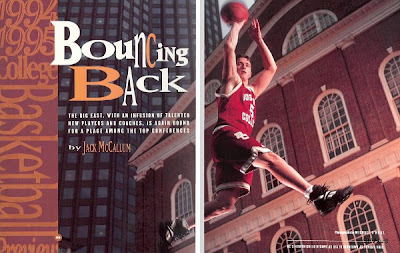 Fortunately for him he connected with Jerry Tarkanian, who was at Fresno St, assembling a vagabond collection of castoffs who were once very talented players but similarly went down the wrong path.  Chris was a natural fit.  His flair and eclectic ways fit Tark's run and gun system and he'd be drafted in the second round of the 99 NBA draft by the Denver Nuggets. 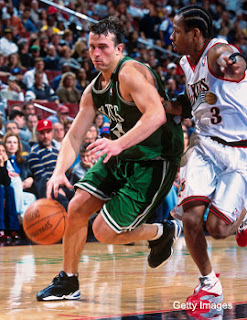 If it was up to me, everyone in WTHHT would have their own story to tell and their own book published.  To this point it’s only been Gene Conley (DO NOT BUY THIS BOOK), Zaid Abdul-Aziz and M.L. Carr (yes, read both of them, very uplifting and informative) and now Herren.  But if you want to be blown away by the conditions Chris Herren played under, you absolutely must read this. 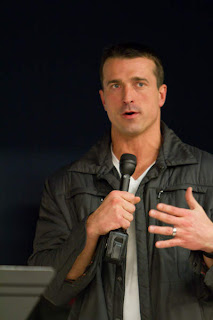 In hindsight, I'm pretty sure had Herren been helped with his addiction problem, he easily could've had a career as good as or better than Jason Williams.  I think that's a pretty good comparison.  And although Chris was in a fog during his time in Boston, while attending a playoff game in 2009 at the TD Garden with his son, and having a chance to speak with Ray Allen and Paul Pierce and Eddie House, it dawned upon him while there:


I was a part of that unbelievable Celtics tradition, as small and insignificant as my role had been.  I had never felt that before.  That night in 2009 I saw it all through my son's eyes, and for the first time I felt pride that I once played for the Celtics.

As fans, we all loved you too Chris. Keep up the stellar work with the motivational talks.