Rondo wanted to be Brett Favre growing up 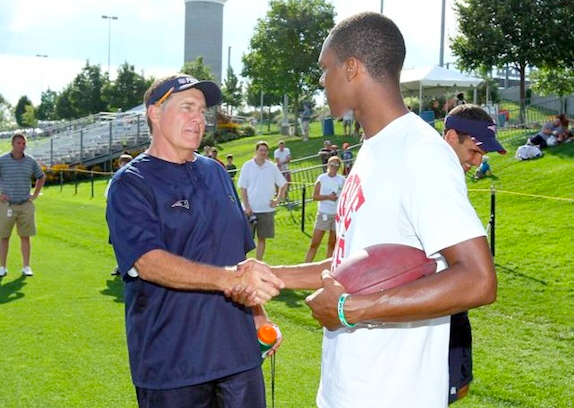 
Rondo has emerged as the franchise's on-court leader, a natural role for a player who readily admits his initial dreams of sporting glory centred around playing quarterback for the Green Bay Packers.

"I didn't watch a lot of NBA games growing up," he says. "I watched the Green Bay Packers. I always had dreams of being an NFL player. I was a high school quarterback and I really think that has helped me become a leader on the basketball court. They are pretty much the same position.

"The quarterback is the guy who calls all the plays and gets all the attention and the same with the point guard in basketball. You have to hit the open man."

Basketball became a natural progression during high school as his skills - and his reputation - developed. 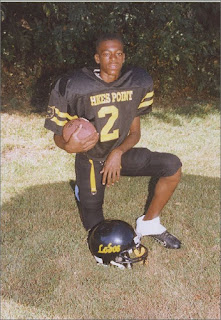 "I played all three sports growing up - basketball, football and baseball - but I narrowed it down after my first year of high school and realised then I had a chance of making the NBA," says Rondo. "I was starting to dominate and I don't want it to sound like I've got a big head but the competition around me was easy. At Oak Hill Academy, Josh Smith went straight to the NBA out of high school so I knew then that if I worked on my game I could make the NBA myself."

Not only has Rondo been the Celtics best player for quite some time, but he's been the go to guy this Summer for Boston bloggers (Jason Terry comes in a close 2nd). While KG and Pierce have been in hiding (especially KG), it seems like we hear from Rondo every day. The football thing is nothing new for Rondo. I've seen him toss a football around at a Celtic practice and he's been spotted at Patriots practices.

I also have always considered the quarter back position and point guard position to be like brothers, at least if you're playing the point guard position correctly. Rondo is an ald school point guard that is always looking to see who's open. For some reason some fans have knocked him for this. They want him to bring the ball up the court and chuck 3's. What they don't understand is that by being a pass first point guard Rondo is getting the absolute most out of his teammates. 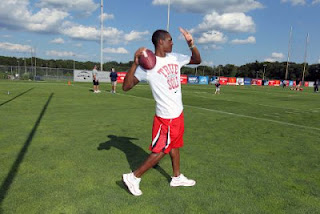 A "scoring point guard" like Russell Westbrook is ok and all, but it's like being a wide receiver on a team with a QB who runs the ball all the time. Not the ideal compliment to their games. Besides a football quarterback, I think playing soccer helps a point guard. I know Nash was a soccer player and I want to say so was Tony Parker. Both of them to have great court awareness from this.

Regarding the Packers as Rondo's team of choice, Rondo didn't grow up in Wisconsin, but the they were the dominant team when he was younger. Plus they wear green.


That 2010 training camp was crazy. Seeing Ainge and Rondo throwing the ball around makes me think that they probably have a better relationship than most thing. Yeah Ainge loves to talk trades with other teams, but he also respects Rondo's ability and I believe Rondo understands Ainge's job is to always be looking to improve the Celtics.


I remember posting this video on the site. Besides quarterback, I'm sure Rondo was probably a pretty damn good wide receiver as well (and cornerback, safety, and probably half back).