Move over Sasha, Darko is the Celtics' new Serbian Assassin 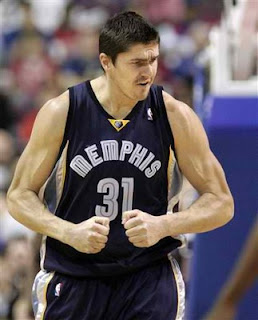 As many Celtics Life regulars know, Sasha Pavlovic was known on this website as "The Serbian Assassin."

But after reading Comcast Sports Net New England's recent article on Darko Milicic, it looks as though Darko is literally ready to take over that moniker:

"I'm done trying to prove I'm the No. 2 pick and that [expletive] stuff," Milicic told CSNNE.com. "This year, it's all about Celtics, to show that I am a team player. It's not about me. It's about us as a team.