What the Hell Happened to...Justin Reed? 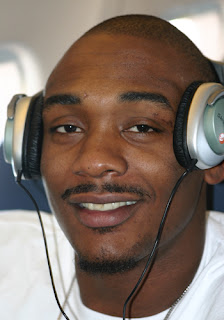 He was just the second, second round draft pick Danny Ainge made in his tenure with the Celtics (the first was this guy).  He lead a ridiculous comeback in a preseason game against the Cavs that I'm not sure just how many people remember.  He may also be the last player to wear #9 (if it ever gets retired for Rajon Rondo some day).  But if you were a fan of the Celtics just last decade, then you definitely remember this week's What the Hell Happened To player, Justin Reed.

Reed was picked out of the University of Mississippi with the 40th overall selection in 2004 (making him the second WTHHT alumni of Univ of Mississippi after this guy.)

I remember Reed very well.  He was a tough defensive player who had a limited offensive game.  He had a herky-jerky kind of jumpshot.  He was pretty tenacious on the offensive boards which is why his nearly 8% offensive rebounding percentage rate his rookie year was not a fluke.  (Offensive rebound percentage is an estimate of the percentage of available offensive rebounds a player grabbed while he was on the floor.).  When the Celtics' drafted Ryan Gomes I actually felt Reed might be the better player of the two.

The most recent bit of news on Reed isn't particularly good as he was arrested for possession of a large amount of marijuana and a substantial amount of cash.  That was back in 2011.  Always be sure to check out Celticslife for any new updates on what Justin's up to or how his court case went.

***Addendum 10/17*** Justin has sadly passed away at the age of 35 from spinal cancer. CelticsLife wishes the best to his entire family.