What Courtney Lee Brings to the Table 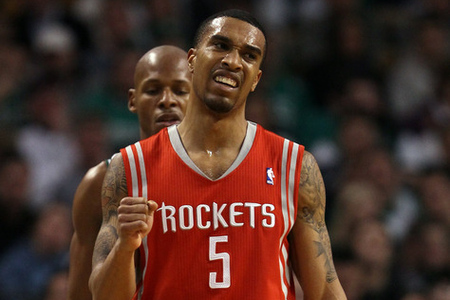 Courtney Lee appears to be a perfect compliment to the current guards on the Celtics roster. As Avery Bradley begins his 3rd season in the league recovering from double shoulder surgery, Lee provides the Celtics defense and shooting on the wing, not to mention a much needed athleticism upgrade and the ability to check top Point Guards and Shooting Guards. At 6’5 with long arms, Lee has the ability to stay in front of some of the quicker points in the league while also being able to stick with taller wings when needed.
While I do not normally trust people with 2 first names, Courtney is a terrific spot up shooter, especially from deep. He has knocked down over 40 percent of his 3-pointers in 3 of his 4 seasons in the league and requires much less focus from the rest of the Celtics to get open than Ray and his single-double screen cat and mouse games. This move seemingly frees Rondo up to go to the hoop more. He no longer has to pound the ball at the top of the key waiting for ray to get open. Instead, Ainge has surrounded him with knock down spot-up shooters at every position. Specifically, newcomers JET and Lee cannot be left alone behind the arc.

It appears Lee will begin the season starting at the “2” while Bradley is rehabbing. He also provides Coach Doc Rivers with options when Bradley is back, as Lee could slide to the Small Forward in some of the smaller, quicker lineups coach likes to use to apply extra defensive pressure.  This seems to be a perfect addition to the roster. With AB sidelined against the Heat, Doc had nobody who could match some of the speed and athleticism the Heat have at the wing. While Courtney is not a star by any means, he is a reliable, young, athletic player who gives the suddenly super-deep Celtics numerous options and immense flexibility. Find me on Twitter @Roblev125