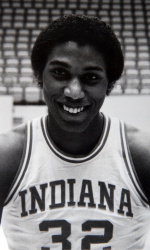 "He reminded Bill (Fitch) and I of a Celtictypeplayer and we felt he would have been a very fine professional basketball player.  We would have been honored to have him be a part of the Boston Celtics and felt this is one way to show how we felt about him." - Red Auerbach on the drafting of Landon Turner


The inspiring story of Landon Turner and the Boston Celtics has become a draft day cliche, that many may have forgotten over the years.  As time passes and June of 1982 grows further away, you may tend to forget.  With their 10th round pick in the 1982 NBA draft, the Celtics picked Landon Turner from Indiana University.  So what's the significance?

How many of you remember Landon Turner?  The athleticism on the break?  Outplaying Albert King and Sam Perkins on the way to the 1981 NCAA title?

For those of you who do not know the story, Turner was paralyzed in an auto accident in July, 1981 between his junior and senior seasons at Indiana, after helping the Hoosiers to the title just a few months earlier.  The following June, Celtics' President Red Auerbach along with head coach Bill Fitch drafted Turner with Boston's last pick in the draft, a truly thoughtful and heartwarming gesture. 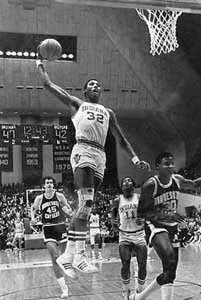 "It was a complete surprise. It was close to my heart when they drafted me," said Turner.  "Red [Auerbach] did send me a couple championship watches -- from '84 and '86 -- which was very nice.  I have them to this day. They are in my safe right now.


In 1978 Landon Turner came to IU from Indianopolis Technical High School as a top prospect.  He had speed, strength and skills.  Unfortunately that didn't translate into consistency for then-coach Bob Knight.  Turner would be lights-out in one-game and then disappear.  Halfway through Turner's junior season, Knight reached the limit with Turner and told him to go to the NBA, since he wasn't going to play anymore.  However Knight gave Turner one final chance and in February and March of 1981, it all began to come together for him.

Landon would play with a vengeance, averaging 14.5 ppg over the final 7 games.  The big and strong kid with the quickness of someone six inches shorter began to come to fruition and make a difference.  Along with college teammates Isiah Thomas and Randy Wittman, Indiana and Knight would win it all. 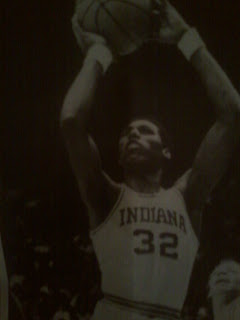 Then in July of that year everything changed.  Turner lost control of his car on Highway 46 in Indiana on his way to an amusement park in Cincinnati.  His spine was bruised and he would be paralyzed from the chest down.  Landon Turner would never walk again.

Thomas and Wittman visited Turner in the hospital.  Isiah left Indiana after the 1981 NCAA title, declaring early for the NBA draft.  He was shocked by what he saw:


"I kind of didn't believe it.  Then I started feeling maybe kind of guilty that I left Indiana.  I felt like I lost a sense of loyalty that I owed the team."


Wittman added "Isiah said to me 'If I knew this was going to happen, I wouldn't have left.'"


As the story goes, the spring after Turner's accident, Knight attended a pre-NBA draft camp in Chicago and broached the subject with Auerbach about Boston drafting Turner as a symbolic gesture to what the kid had endured. Several weeks later, the Celtics did.


"I didn't know that [Knight] had spoken with Red Auerbach. I didn't know anything until my parents told me I was the last person selected in the draft," Turner said. "I felt elated that they did that for me."


"Landon was the type of athlete that Worthy was. He had all the makings of being a great power forward." 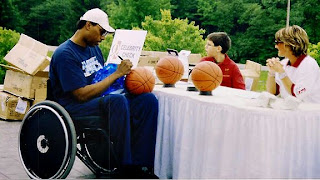 The NBA is a fine-line of winning and losing.  But what could have exactly happened had Turner not gotten hurt?  Isiah could have stayed at Indiana for two more seasons and possibly become the top pick of the 1983 draft over Ralph Sampson.  If Houston had stuck with Sampson (which it likely would have) than the Pacers get Isiah at number 2.  As a result, maybe Detroit doesn't become the juggernaut it does and doesn't dethrone Boston.

Secondly, NBA scouts had been salivating over Turner so maybe instead of being the last pick taken in the 1982 draft, he's the first pick.  And if you don't think that impacts the Celtics' fortunes, think again: The Lakers had the first pick of the 1982 draft and chose James Worthy.