Jason Terry officially a Celtic, no sign and trade 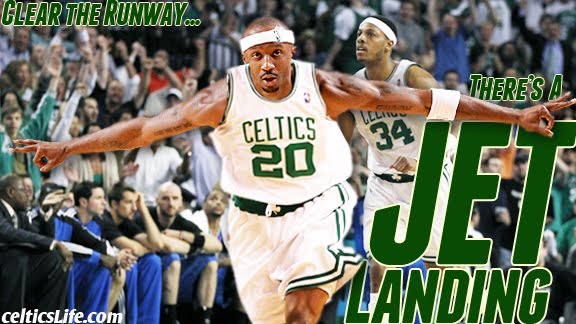 
The Boston Celtics announced today that they have signed free agent guard Jason Terry. Per team policy, terms of the deal were not disclosed.

Since everyone already knew that Jason Terry would be a Celtic, this is kind of more bad news in a way than it is good. That is, because the Celtics were trying to get Dallas to agree to a sign and trade so that they could free up room to sign Courtney Lee.

Take this as a sign that they couldn't get that done. The deal is probably for the full mid-level exception. You can almost certainly kiss the hopes of signing Courtney Lee good bye.

Either way, still excited about this team next year. I've come around to thinking that Jason Terry is a great addition. He can create his own shot and that's enough for me, since the Celtics have only had one player who could do that the past five years.

View videos of the presser here