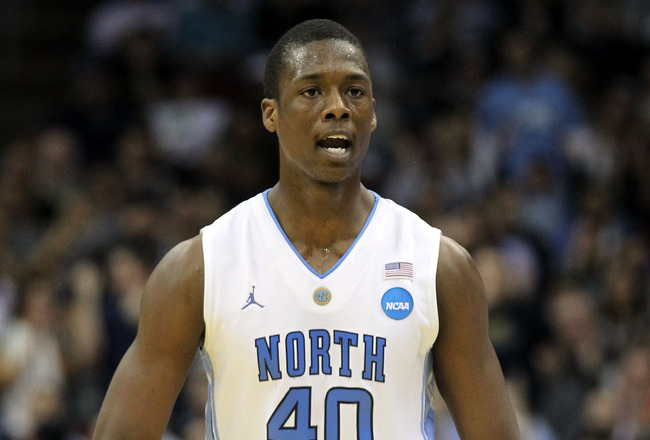 I watched a decent amount of UNC basketball this season and Harrison Barnes didn't overly impress me. In fact many people thought he regressed some from his stellar freshman campaign. That said the NBA game and college game are two different beasts, so there's the possibility that Barnes becomes a stud in the pro game. Barnes should go top 6, so the Celtics won't be able to get him by simply swapping their #21 and #22 picks. There is a rumor that the Hornets are willing to give up their 2nd lottery pick to the team that takes Omeka Okafor's contract off their hands, so if the Celtics also had that pick then you're in business. Okafor is overpaid, but so will the free agents who sign this Summer.

What are your thoughts on Barnes? (Bob Ryan video after the jump. He spends a great deal of time ripping Brandon Bass something awful, so be forewarned).


Related: Brandon Bass opts out of his contract