What the Hell Happened to...Wayne Embry? 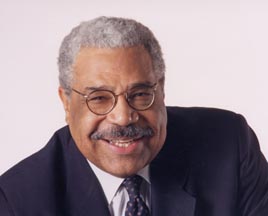 As a kid watching the draft lottery years ago, my first reaction to seeing this week's WTHHT player representing the Cleveland Cavaliers was "that's the NBA's answer for Don King."  And while there's a slight resemblance (hair excluded), it's been far more remarkable researching the journey of one Wayne Embry and what it took for him to get in that power of position with the Cavaliers.

Wayne attended Miami University and was drafted in the 3rd round of the 1958 draft (22nd pick overall) by the St Louis Hawks.  However before ever suiting up for St Louis he'd be traded to the Cincinnati Royals with a few other players for Clyde Lovellette.  After 8 seasons with the Royals he (including 5 all star seasons) Wayne was shipped to the Celtics in 1966 for a future third round pick.  In his second season with the Celtics Wayne would win an NBA championship, backing up Bill Russell (just like this guy and this guy did).  Like many of the players in What the Hell Happened To, Wayne would get sucked up in the 1968 expansion draft by the Milwaukee Bucks.  His last season playing was the 1969 season, the inaugural campaign for the Bucks. 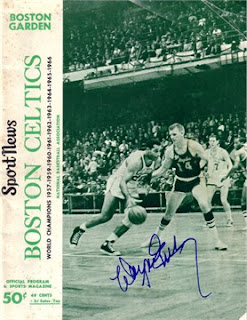 Overall Wayne's career spanned 11 seasons in which he was a five-time All-Star.  Standing as a 6-foot-8, 240-pound center (he'd be right around average height in today's dwarfed NBA), Embry averaged 12.5 points and 9.1 rebounds for his career.  In fact the 2012 Celtics could desperately use Embry to play alongside Kevin Garnett, allowing KG to play his preferred 4 spot while Wayne patrolled the paint.

Since retiring in 1969, Wayne continued making major contributions to the game of basketball at the professional level.  In fact many would argue that his greatest contributions to the game just began taking place.  Wayne became the first African-American general manager in NBA league history and the first black GM in major U.S. team sports, in 1972.  Baseball recognizes Bill Lucas, named by the Atlanta Braves in 1977, as its first. The NFL didn't have one until 2002 when the Baltimore Ravens appointed Ozzie Newsome.  But Wayne was the pioneer in his field, and the fact he held high positions so long, means he didn't mess up.

That move on March 6, 1972 was spearheaded by Milwaukee's Ray Patterson, who resigned to take over as president & GM for the Houston Rockets. But the majority of credit goes to Wes Pavalon, one of the Bucks' founders. Pavalon was a 10th-grade dropout turned hustling, self-made multimillionaire who counted tennis star Arthur Ashe and Roots author Alex Haley among his friends.  He was the one who hired Embry into Milwaukee's front office after he spent his final season on the Bucks' 1969 team.  Wayne is quick to acknowledge Wes:


"Wes was a very progressive-thinking guy. He was an activist in the civil rights movement. He believed in equality. A lot of it had to do with the way he was raised. So this was probably an easy thing for him. But I don't think he'd have done it if he didn't think I was qualified. 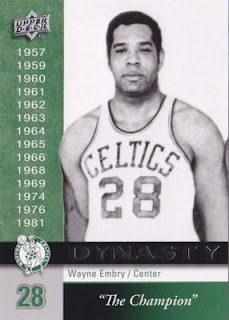 Wayne would then become key in convincing Oscar Robertson that a trade to Milwaukee would appease his yearning for an NBA title (yes I guess stars even back then used to complain their way onto better teams).  He had developed a friendship with the Big O when the two had been roommates as teammates on the Cincinnati Royals.

He remained in Milwaukee until 1977, helping build some very solid 1980s Bucks teams that gave the Celtics all they could handle (people may forget but in 1983 the Bucks swept the Celtics in the 2nd round of the playoffs with Bird and Parish in their prime and with Maxwell and McHale on board as well.  It essentially ended the run of Bill Fitch.  Those teams with Sidney Moncrief and Marques Johnson and Junior Bridgeman and a past-his-prime Bob Lanier were talented).

After leaving the Bucks, he landed a similar role with the Cleveland Cavaliers in 1986 (after the Roy Hinson trade that turned into Brad Daugherty) being named VP/GM and stayed with them all the way through 1999.  He won two NBA Executive of the Year awards and in 1994 with the Cavs became the NBA's first black team president.

In 1999, Wayne was inducted into the Basketball Hall of Fame as a contributor and since 2005, has been involved with the Toronto Raptors as a senior basketball adviser.  He's 74 today, but still has that role, and works mostly from his home in Arizona.

Where once there was one, Bill Russell, there now are 14 NBA head coaches who happen to be black.  Among the primary basketball decision-makers for the league's 30 teams there is Joe Dumars in Detroit, Otis Smith in Orlando, Billy King in New Jersey, and Masai Ujiri in Denver.  All of them have Wayne Embry to thank for paving the way.