What the Hell Happened to...Todd Mundt? 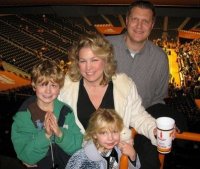 This week in What the Hell Happened To, we remember back to the 90s about a center so obscure, many Tennessee fans may remember his brother (who didn't make the NBA) even more because of a famous melody associated with him.  Who is this week's player?  Why Todd Mundt of course!

Todd went to the University of Memphis (known as Memphis State at the time) where he even crossed paths and played one season with Elliot Socks Perry before transferring to Delta State for his senior season.  His brother Bret Mundt, after an impressive performance in one of his college games at Memphis State, had a jingle made of about him called "The Mundster Mash."  Anyone able to obtain said footage, Celticslife is willing to send out a prize to hear this.  For now, all we're left with is the picture:


Todd wasn't picked in the NBA draft, but rather the CBA draft by the Rockford Lightning where he played the 1994 season.  In the fall of 1994 he was signed by the Hawks for a week, but didn't appear in any games.  I'm not sure where Todd spent the 1994-95 season, but I'd guess it was in the CBA.  Come the fall of 1995 he'd again be signed by the Hawks but this time would stick.  He appeared in 24 games for the Hawks in that 1996 season, before being waived on March 9th.

Just 2 weeks later the Celtics would sign the 7 footer. He'd sign two 10 day contracts that would keep him on Boston's roster for the rest of the season.  In 9 games, he scored 6 points, grabbed 3 rebounds and blocked a shot.  As the Celtics prepared for the Tim Duncan lottery that next season with guys such as Michael Hawkins and Brett Szabo and Steve Hamer ready to tank away, Todd was surprisingly waived on July 30th of 1996.  That ended his NBA career. 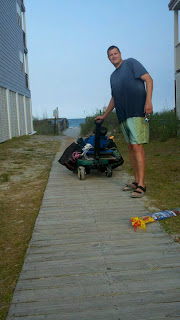 I never saw Todd play but based on this segment, I think he would've been an ideal player for that 1997 bunch.  Of course once the Evil Emperor came on board the next year I would've expected him to be waived, like everyone else.

Today Todd lives in Knoxville, Tennessee with his wife Kelli and two kids.  He ignored a friendly email Celticslife sent him inquiring his thoughts on his career with the Celtics or what he's up to now but you can try reaching him here. He appears to work as a medical sales rep at Atrium Medical in Knoxville.  His brother, Bret is now the president of Mundt Construction but also didn't reply to email.  You could try your hand at reaching out to Todd yourself by following him on Twitter: @tmundt51.

PS: This picture of Todd HAD to be included.  I only wish it was bigger and clearer: