Sean Williams happy to be a Celtic 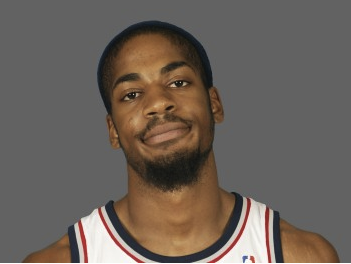 “I like Boston,” he said. “In the league you get to know everybody pretty well. I played summer ball with some of the guys, and I played with Keyon (Dooling) in New Jersey. Just try to come in and get to know everybody, get a feel for them, and hopefully they get a feel for you. I’ve talked to a lot of people, and this is a very tight-knit organization led by Doc and KG, and the key is to fall in line and follow those leaders. Then you work hard every day.”

I'm not a huge fan of this signing. We did need another big man in case of emergency, but one of the Celtics strongest advantages is their amazing chemistry. The Celtics had to get rid of several knuckleheads to get the ubuntu back, and this late in the game I'd rather have them not roll the dice on a player with past issues (Williams was suspended twice at Boston College and had issues in New Jersey as well).

Hopefully Williams was told that he'll get released at the first sign of a problem. Expect to see Williams get some playing time these last 3 regular season games, as Doc rests KG, Bass, and GoldyBlocks.