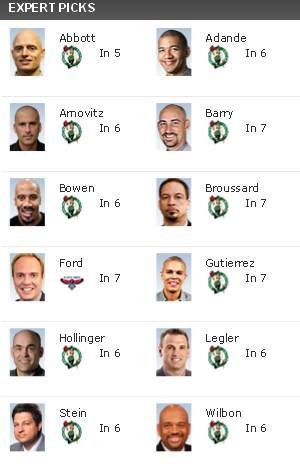 I'm not sure if this is good news or bad news that most of these guys pick the Celtics to beat the Hawks in anywhere from 5 to 7 games.  None of them expect a sweep.  The majority expect the Celtics to win in 6.  The reason this makes me nervous is after the jump. 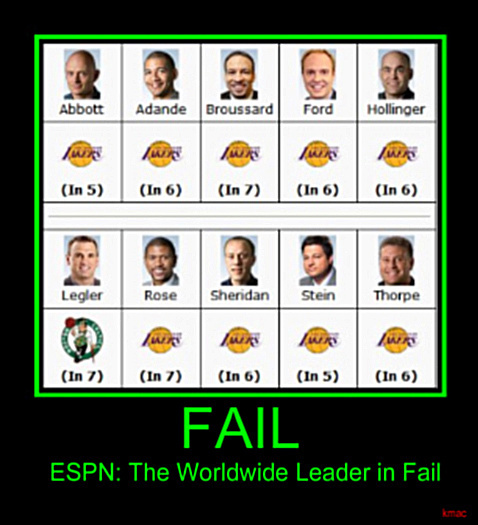 These are the ESPN "experts" picks for the 2008 finals and we all know how those came out, don't we?  But since Time Legler picked us again,  I guess it's ok.  Then, there is Chad Ford, who hasn't picked the Celtics to win a single series so take that one with a grain of salt.