Despite Rajon Rondo's black eye, Celtics get better of Knicks 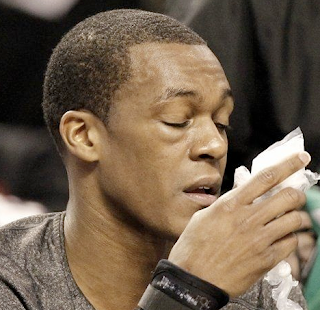 Expecting anything but drama in this game would have been foolish as the Boston Celtics outlast the Knicks 91-89.  This game was a nail-biter as the officials seemed to control the outcome all around.  First Paul Pierce made a huge three pointer as the shot clock went off that ended up not counting, then Landry Fields air balled the go ahead three, next Pierce made one of two free throws, and Steve Novak misses the game winning shot.
New York coughed their first half lead by allowed the Celtics to out hustle, out rebound and clamp their defense on the Knicks offensive spurt.  A game that was not short of arguments, chest bumps, and technical fouls as the Celtics welcomed Rajon Rondo, who received a black eye
The officials were horrendous on this nationally televised game.  The Knicks took 11 first quarter free throws to Boston’s three, which came from a clear shooting foul at the three point line from Paul Pierce.  Doc clearly frustrated with the flow of the game, letting New York get some easy baskets and get to the free throw line.  Rajon Rondo suffered a puffy eye after getting poked right in front of the official for a no call.
The story of the quarter was a milestone achievement for the Big Ticket, Kevin Garnett.  The first ballot Hall of Famer grabbed his 10,000 rebound for his career.  Poetically, after Kevin grabbed the milestone defensive rebound, he banged in a three pointer to give the Celtics a one point lead.  Stretching his shooting range each year, Kevin has adapted his game as he ages.
The help defense was an issue for the Celtics in the first half and their offense was stagnant to start while getting use to Rajon Rondo again.  Doc Rivers yelled at the end of the quarter about the team’s defense.  Pointing out to the team that they have scored 27 first quarter points but were trailing.
Boston picked up their second half defensive effort holding New York to only 34 second half points by battling for rebounds, forcing turnovers and diving for loose balls.  The Celtics had 14 turnovers midway through the third quarter but only finished with 17 as they did a great job down the stretch to close out the lowly Knicks who continue to melt down this season.  Boston enjoys a day off until they play at noon on Super Bowl Sunday. 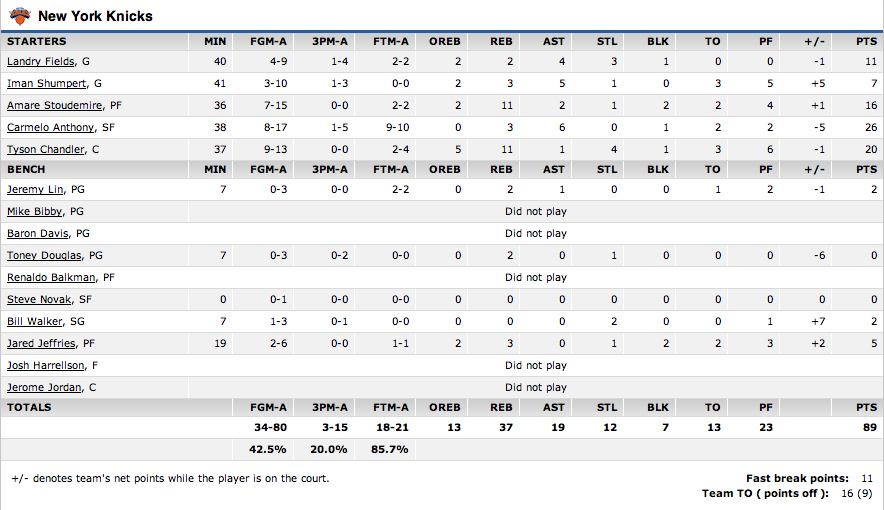 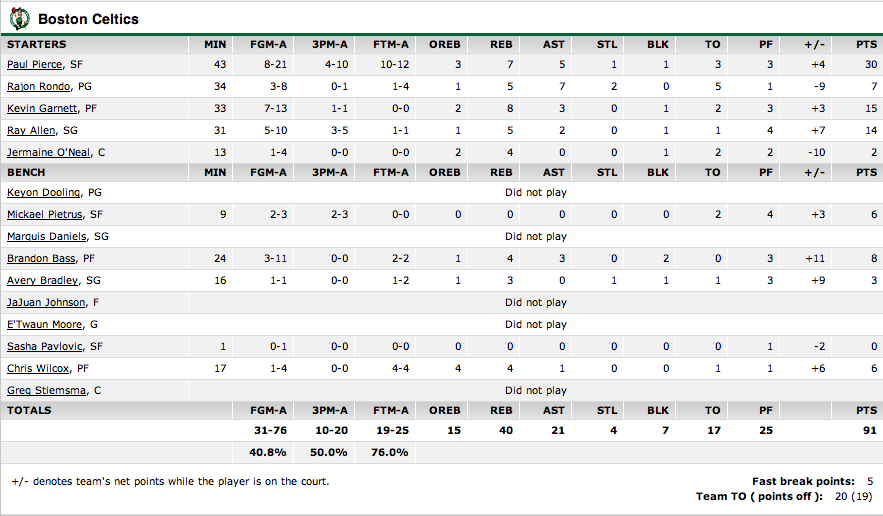