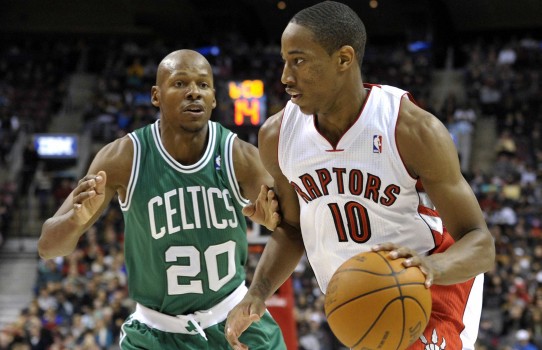 Embarrassed.
I don't feel any embarrassment but the Celtics better after this game.
That usually happens at the professional level when you take a night off in basketball.  The Celtics didn’t seem to care and the score showed with Toronto taking this one easily, 86-74.
Blaming each other for the miscommunications was hard to watch.
Doc Rivers had to call two time outs in a row late in the first quarter to scream at his team.  He preached effort and emotion in the first time out.  That pledge fell on deaf ears as the Celtics continued to stand around.
Toronto had the advantage early on in the first quarter with the points in the paint, 18-2.  The Celtics allowed the Raptors to take 11 more first quarter shots, which makes winning any game, or quarter for that matter hard.
Showing some signs of life in the second quarter, the Celtics prevented this game form getting out of hand with better defense, led by Avery Bradley who scored the same amount of points in six minutes as Rondo had in 38.
Rajon Rondo is easily the scapegoat for this loss.  Having his worst game in a Celtic uniform that I can remember with 5 points (2-10), 7 assists, 5 rebounds and 5 turnovers.   His attitude was poor, which will now lead to trade rumors and maturity questions.
Although Rondo had a forgettable game, no one else on the Celtics starting 5 had one to remember.  No player was in double figures until late in the third quarter.
The zone didn't work against the Raptors in the second half.  Kudos to DeMar DeRozen who was able to do anything he wanted for the Toronto Raptors as he cut through the zone with ease.  Missing two centers required Brandon Bass, Chris Wilcox and Kevin Garnett shoulder most of the tough work.
Boston decided to give it a shot in the fourth quarter but as the saying goes, this one was too little too late.  Unable to decide which was harder to swallow, the lack of emotion and effort or that this game was winnable throughout the whole game, despite Boston not leading once in this game.
The Celtics let last night’s overtime loss affect them in this game.  Either that or their old age did on a back to back with the second game on the road.
Words can't explain this game for the Celtics.  Looking at the box score won't do anybody any good. Just take the loss and move on.  Something the Celtics should have done after the Lakers game. 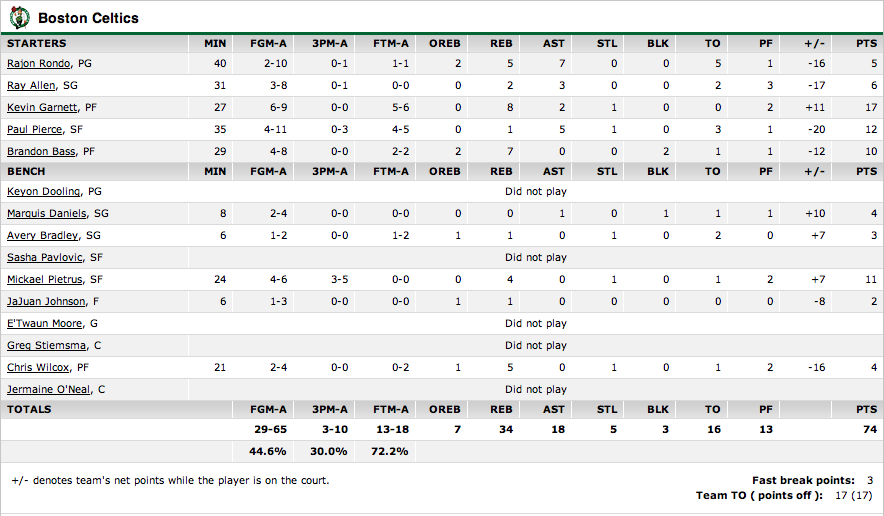 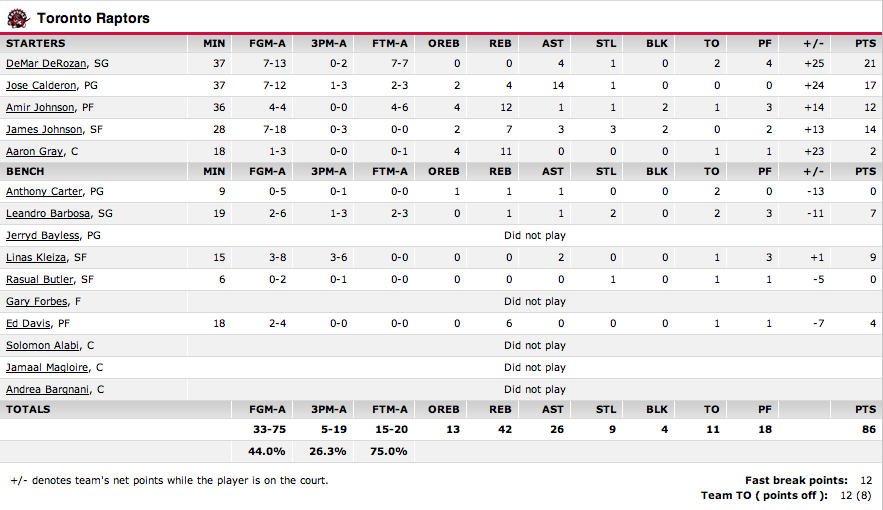