Ray Allen returns but Celtics give game to Cleveland 88-87 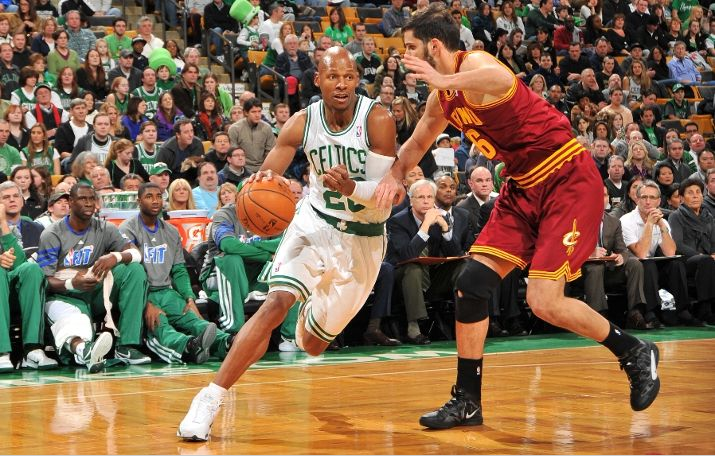 ESPN-Getty Images
Boston gave the game away to Cleveland, 88-87 as they turned the ball over on their last three possessions. Ray Allen returned with 22 points but it wasn’t enough as Kyrie Irving is the hero with the game winning lay up.  The officials swallowed their whistles at the end, which frustrated the Celtics.  Unable to play through it, the Celtics gave this one away.
Winning rebounding and taking more shots will give you a lead more times than not. That is what the Celtics have done early on in this game, which has been very close with both teams swapping two point leads every other minute.   This game had over twelve ties in the first half.
Cleveland has hung around because of their play in the paint.  The Cavaliers were very aggressive early on in terms of attacking the basket.  Byron Scott’s game plan was to take it right at the Celtic defense.  Everyone’s least favorite player, Anderson Varejao was everywhere with his 12 first half points.  He has helped give the Cavaliers a one point league going into half time.
Points in the paint have favored Cleveland with 32 first half points.  Boston’s slow rotations and help defense have given Cleveland the ability to get to the basket.   Allowing fast break points has been a problem for the Celtics.  Cleveland has taken advantage of the 10 Boston turnovers so far as they push the tempo and attack the basket.  Brandon Bass and the wing players will need to help without Jermaine O’Neal there to clog the lane
Taking care of the basketball in the third quarter paid dividends for the Celtics as they opened up an eight point lead.  Their defensive effort improved and they attacked the basket on the other end of the floor.  Cleveland did a good job getting into the paint in the first half but was limited outside of Kyrie Irving’s fast break drives in the third.
Boston continues to be the best defensive team in the league in the second half.  They also are one of the top offensive teams in the third quarter, where they do most of their damage, as Paul Pierce previously explained.  Brandon Bass continues to improve each game on the defensive end.  Offensively, we know what we are going to get with the big fella, as his nickname is No Pass Bass.
Defensively Brandon has done a better job of boxing out.  Players get into tendencies from time to time to forget to box out.  Brandon has also done a better job at switching and fighting through picks.  Usually he will pick his own teammate but has done a better job of communicating to prevent that
Cleveland has scored over 52 points in the paint against Boston tonight, which is the most any game by the Celtics this season.  The Celtics relaxed play late in the fourth gave Cleveland a chance to steal this win as they have gone on a 10-0 run in the last 3 minutes of the game.  Cleveland has fought hard for the loose ball and have the chance to win the game with 22.2 seconds and a one point game.
Kyrie Irving ends up making a great spin move to the basket resulting in an easy two point shot for the lead.  The 19 year old, first pick in the draft is showing why he was selected first.  Boston on the other end had 2.9 seconds to win the game.  Cleveland burned their remaining foul giving Boston 2.1 seconds.  Ray Allen inbounds to Pierce who dribbles to the elbow for the shot but was unable to beat the shot clock.  The shot missed regardless and the Celtics took another loss. 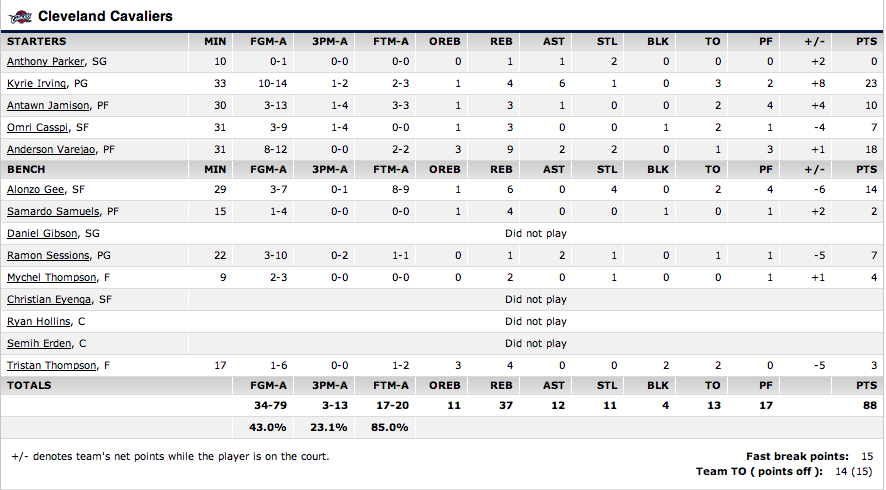 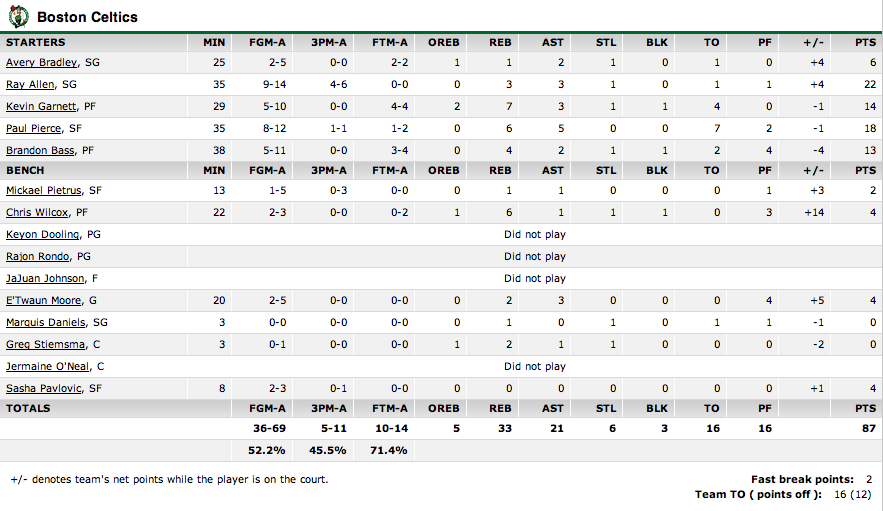