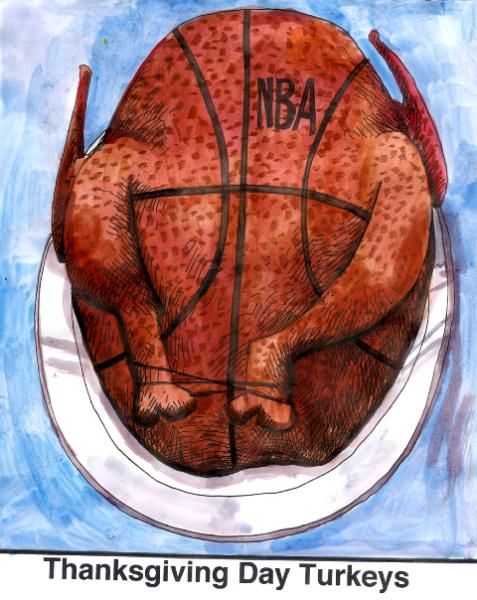 First, I want to wish everyone a very Happy Thanksgiving!    The cartoon at the left is courtesy of Larry Johnson and WEEI.  If you haven't yet, you should check his stuff out.

There are reports coming out of new negotiations between the NBA and the players as they try to avoid missing out on all that cash Christmas Day games.

On Sports Center, Rick Bucher reported that the NBA is making one final offer that is reportedly better than their last final offer.  Like the last offer, this one will include an ultimatum, this time to cancel the entire season if not accepted.


"Sources identify Miami, Orlando, Phoenix, Boston and the Los Angeles Lakers as the five teams pushing hardest for a deal by close of weekend"

After reports of Wyc being one of the owners willing to sacrifice the whole season,  it's nice to hear that he's come to his senses and is now pushing for a deal to get done.   Get 'er Done, Wyc!!!