What the Hell Happened to...Vin Baker? 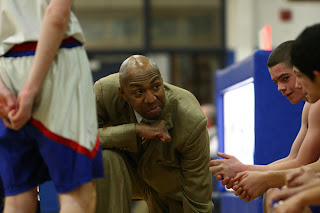 He was on a path for the Hall of Fame.  I was fortunate enough to watch all of Vin Baker's career.  I saw the dexterity he had down low.  The ability to face-up and shoot or put the ball on the floor.  The quick first leap that made him a monster on the offensive glass.  The ability to block a shot from the weak-side.  The post up game that demanded a double-team.  The wide array of moves around the basket. Vin Baker was all that.

I don't want to go through his entire career, why he was so good and his plight he suffered from, that which changed his fortunes from being Sprinfield-bound to ending up in What the Hell Happened To.  That would be titled "What the Hell Happened to Vin Baker in 2002 right before he came to the Celtics?" What I will say is that from 1994-1998 Vin was one of the best players in the NBA.  4 All Star Appearances for Milwaukee and Seattle and 2 All NBA Selections. Watching him play in the NBA, I was flabbergasted how a player of his talent didn't go to a bigger college (he attended the University of Hartford). 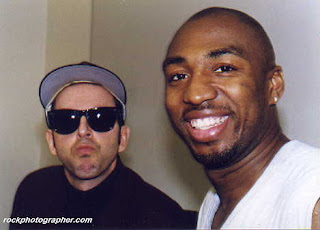 I must admit: when the Buffoon dealt Kenny Anderson and Vitaly Potapenko for Baker and Shammond Williams during the summer of 2002 I actually wasn't as upset as a lot of others were.  I figured Tony Delk and Erick Strickland could man the point, since Paul and Antoine handled the ball a lot to begin with. I figured Baker would give the Celtics a legit inside presence they hadn't had since Robert Parish left. But sort of like the trade with Kendrick Perkins this year for Jeff Green, sometimes, chemistry can't be overlooked.

Baker fit in like a square peg in a round hole. Jim O'Brien's offense wasn't particularly geared towards a player who commanded the ball on the inside and with Antoine and Paul taking as many shots as they did, it wouldn't lead to many opportunities for Vin (this was the case with Joe Johnson furthermore a year earlier). It didn't help that Vin was going through a really tough time in his life.

The Celtics would eventually buy out Vin in February of 2004, ending a catastrophic year and a half in Boston. If Ray Allen epitomized everything it meant to come back to his college area and live the dream of helping lead the Celtics to a championship, then Baker was unfortunately the complete opposite. 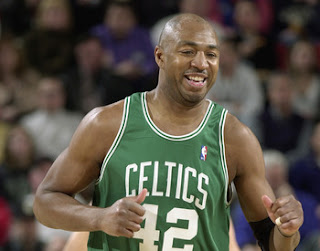 If people base Vin Baker's career on his time in Boston or didn't have the chance to see him play during the 1990s, they missed out on a thing of beauty. He was right up there as one of the top power forwards in the league. I used to view him as the antithesis of Derrick Coleman (big name, big school, lots of talent, but doesn't work hard); the yin to Glenn Robinson's yang. A guy I desperately wish the Celtics had on their team.

After being released by Boston, Vin would actually play for the Knicks, Rockets and Clippers before his NBA career finished in 2006.


As of 2013 Vin serves as youth minister at Abyssinian Baptist Church in Harlem.  He is also a student at Union Theological Seminary in Manhattan as he strives to get his Master's degree in divinity.  He lives in NYC near Union, in a cozy 2 bedroom apartment and also spends time volunteering as an assistant coach to the Thurgood Marshall Academy basketball team. 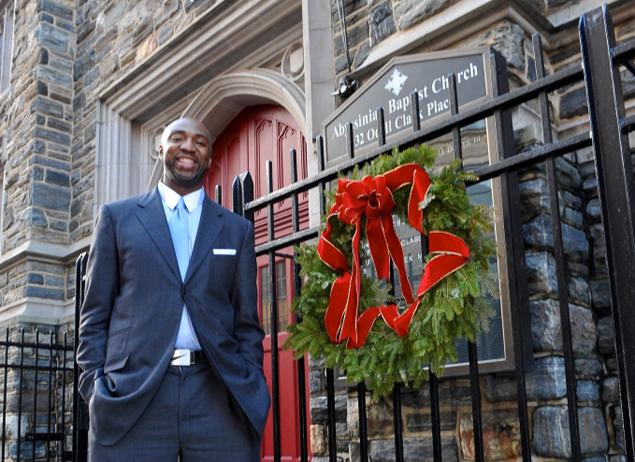 What I can say is this: You can choose to remember Vin Baker as you wish; I'll go with the lasting-impression of that bad-ass baller during his peak in the NBA, a guy who was truly on top of his game and the league.