Delonte West Gets a Job at Regency Furniture 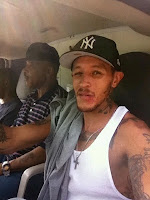 Delonte West just posted to his Twitter page that he is "now an official employee of Regency Furniture." Not sure what his exact role will be, but he included a picture of his first day on the job (see pic on left). Delonte also posted a picture of his job application, in which he said he could start working as soon as yesterday, and replied to a question about whether he had ever been convicted of a crime by saying it was a "misunderstanding."

On Twitter, Delonte also claimed that he needed "a 2nd job to stay afloat during the lockout." I wonder what his first job is? Did he ever get the gig at Home Depot?

Click on "Read More" to see the picture of Delonte's job application... 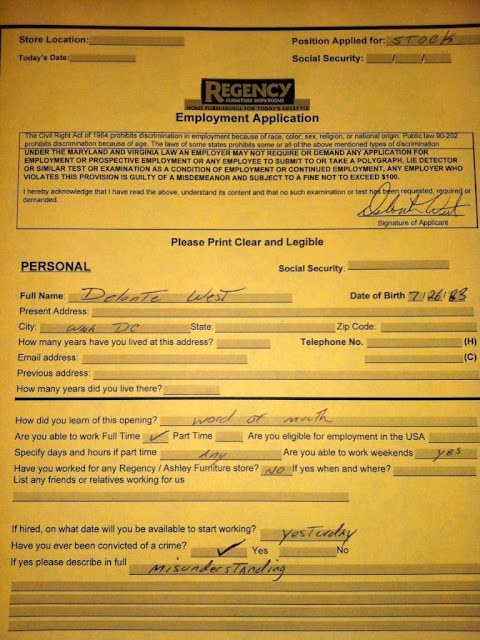