What the Hell Happened to...Ron Watts? 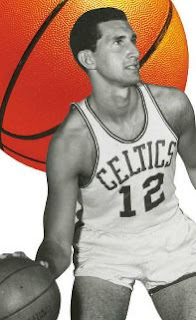 Friendships are the best thing I got from sports- Ron Watts


This week in What the Hell Happened To we look back to Ron Watts.

Ron grew up in Washington DC and attended Wilson High School where he caught the attention of Red Auerbach, the Celtics coach.  Red always possessing a keen eye for good talent helped land Ron a scholarship at Wake Forest.

Ron had a very successful career at Wake Forest earning All ACC team twice.  He's disappointingly not in the school's athletic hall of fame.  Tim Duncan is; Rodney Rogers is; Rusty LaRue of course is (he of 3-sport fame at Wake Forest); Dickie Hemric is; Randolph Childress is surprisingly not.  (We should start a petition to get Watts and Childress in!)

The Celtics selected Ron in the second round with the 17th overall pick in 1965. 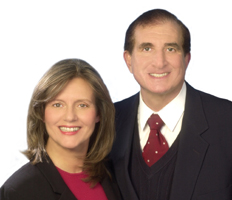 His stats were 2 seasons (1966 & 1967), 28 regular season games with an average of 1.4 points in 3.3 minutes a night.  Ron appeared in 1 playoff game.  6 shots in an NBA playoff game, how cool is that?  I'm not too sure what happened to Ron after the 1967 expansion draft, when he was taken by the Seattle Supersonics.  But unlike Bud Olsen, it doesn't appear Ron made the team.  Being there was no CBA or any known European leagues at the time for Ron to toil in, it's unsure what happened to him.  Did he have a career ending injury?

As a player Ron was actually very good friends with Bill Russell.  They even did a commercial together.  Don't believe me, check it out:

After his playing career Ron did motivational speaking (like Bob Bigelow) and then just like Mel Counts, Rick Robey and Acie Earl, Ron handled real estate, specifically at Caldwell Banker in Northern Virginia with his wife Roxanne.  They use the motto "Spouses Selling Houses."  He also has two sons Trent and Russell (could the latter be an homage to Bill?!)

Ron spent 25 years selling houses.  He also dabbled a bit in broadcasting doing games for the Bullets as well as Georgetown University and Maryland University.   He was inducted into the Jewish Sports Hall of Fame in 1994.  Most recently he's been attempting to rehab some knee problems he's been suffering from at the Wasserman House.  If you want to email Ronny, his email address is very cool: celtics112@aol.com.

A big Celticslife shout-out to BethesdaDog who helped fill in a lot of details in the comments below.