What the Hell Happened to...Dick Hemric? 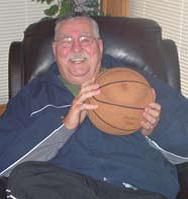 This week in WTHHT, we go all the way back to the 1950s to acknowledge a guy who put up some beastly numbers while in college.  He played two seasons for the Celtics wearing #20.  You may remember Dick Hemric.

Dick attended Wake Forest where he put up monstrous numbers: 2,587 points and 1,802 rebounds for his career.  The scoring mark was an ACC record that Tyler Hansborough and JJ Redick broke recently.  The rebounding record still stands for tops in the ACC, and 6th overall in the nation.  [Looking at that list, it's pretty impressive seeing The Chief on it.  I figured back when Dick played there were many more rebounds to get, because of all the poor shooting percentages and the faster-paced games that were played.  Makes what Parish did in as recently as the 1970s all the more impressive] 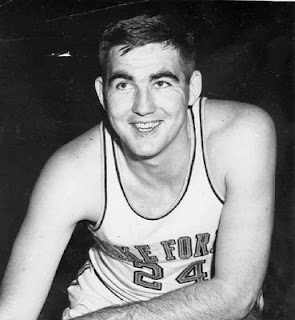 Dick would be selected with the 10th pick (that was the second round of the draft back then folks) in the 1955 draft by the Celtics.


In an interview from January of this year, Dick expounded on two questions regarding his time with the Celtics:


Question: What was it like to play on those legendary Celtics teams coached by Red Auerbach and featuring Hall of Famers like Bob Cousy and Bill Russell?

DH: It was the epitome of my career, as I won a championship ring. At the time it did not seem that outstanding, but it dawned on me afterwards. I wish I could have been taller, as I was too small to play down low as a PF/C.

Question: In 1957 you had a two-point double overtime win over St. Louis in Game 7 of the Finals to win an NBA title with Boston. Was that the most exciting game you have ever been a part of, and what was the feeling like in your locker room afterwards?

DH: It was in St. Louis. Naturally, it is always a splendid experience to celebrate winning a title. Game 3 of that series was also exciting, as Auerbach punched St. Louis owner Ben Kerner after an argument about the height of the basket! I can always say I was on the first-ever ACC champion, I held the record for most points in NCAA history, and I got to play on the first-ever Celtics championship team.

Dick was only 6'6 so playing down low at the time was probably quite challenging.  Of course today it'd be a cakewalk playing inside at that size.  I wonder how long Red would've been suspended for punching a fellow owner.  Imagine Cuban coldcocking Paul Allen?

Dick is pretty candid (but not overtly bitter like Birdsong and Jeff Judkins) in addressing some other issues: 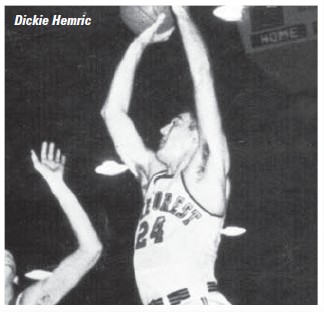 I'm not entirely sure why Dick's career didn't last longer (might his lack of height been an issue?) after he put up such staggering numbers in college.  Also not entirely sure why he was picked so low in the draft.  Was the ACC a weak conference back then?  Stokes, Loscy, Jack Twyman, and Kenny Sears jump out as names of guys I know and who seem to have had productive careers who were selected ahead of Dick.  Did he suffer a key injury I don't know about?  I wonder if he's upset he didn't play a 3rd year since he would've qualified for the NBA pension, that Johnny Ezersky fought so hard for.

And also I'm not sure if he goes by Dick or Dickie?  A comment left by a Bill Hensley claiming to have been the "Sports Information Director" at Wake Forest when Dick was there, claims he only referred to him as Dick, not Dickie.  (What the hell is a Sports Information Director?  Is that the same as an Athletic Director?).  I always found it funny why older people would go by "Dick" instead of "Rich."  In this case though his full name is Ned Dixon Hemric, so Dick was not short for Richard.  Personally I'd rather go by Dixon. 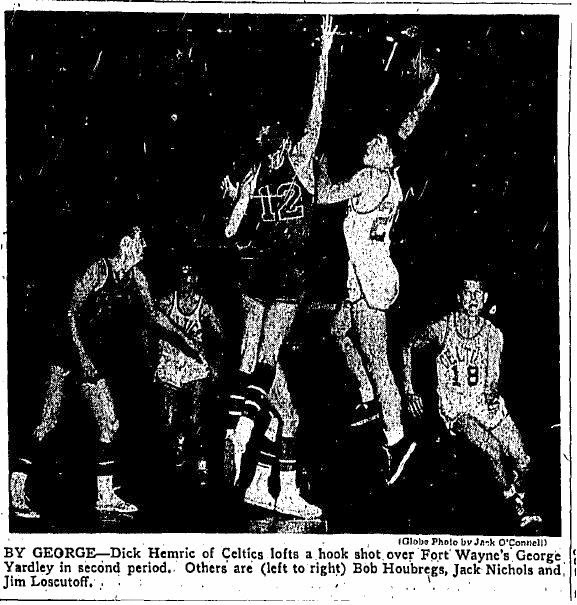 After Dick's playing career, he began working for Goodyear Tire Company at their world headquarters in Akron. Thirty years and many moves later, he retired as Product Manager for Highway Truck Tires. He lives in North Canton, Ohio with his wife Jan, on Seventh Street.   They signed this online obituary for Janice Jaunders Jillicott in 2008.  And this one for Robert Hessman in June of 2010.