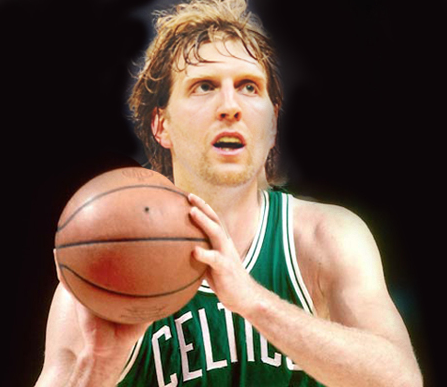 Was checking out FL's Daily Links and I came across an interesting video of Rick Pitino bragging about how the Celtics almost drafted Dirk Nowitski. The video is after the jump and deserves a watch, but the most interesting nugget of information in there was that Rick Pitino and Chris Wallace convinced Dirk to say publicly that he was going to stay in the military for another year in order to scare off any other potential suitors. I guess Dirk really wanted to be a Celtic (yet another reason to be rooting for the Mavs over the Heat).