It's all down hill now for Kris Humphries Kardashian 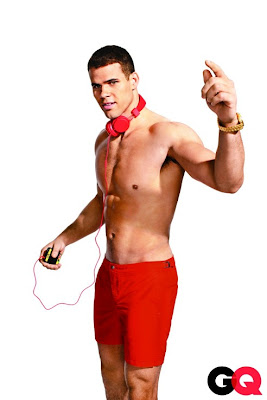 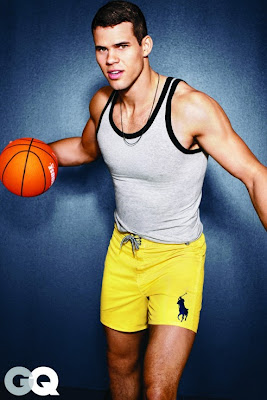 So after a break out season, Nets power forward Kris Humphries just got engaged to Kim Kardashian. While she's obviously a HUGE improvement over the beast Karashian Lamar Odom married, still expect Kris to now get caught up doing dumb stuff like creating perfume ads or wearing outfits like the get up he had on for his GQ photo shoot. You know the photo shoot he wouldn't have had if he wasn't dating a Kardashian. I thought Kobe's modeling pics were out there, but tight flaming red shorts with nothing else but matching red headphones?