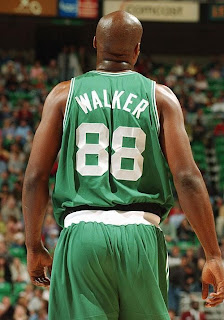 You can probably hear them, see them or just feel their presence in the room. They roar, they joke or they simply pierce the screen and reach the fans in a quite more impressive way than the real stars of the team. Some have the impression that they burn out fast because of their (often abusive) trash talking, their (apparent) lack of body of work and their lack of consistence. They have no fear in exposing their weaknesses in an attempt to fall from the fan's pedestal.

They are not heroes, they are not perfect, they are not role models. They are flawed in one way or another but by openly showing it they become much stronger in their minds and in ours.

They walk on the floor in crunch time, their heads up and their heart on their sleeve. They look for the ball when it burns the most. They look in the eye of the defender and they challenge him. 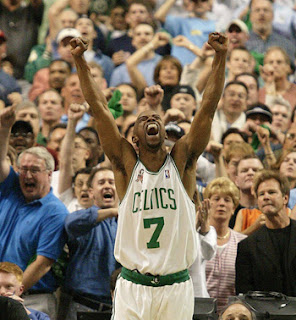 Their biggest weapon: their talent and potential at the service of the extreme belief in their chances to prove their point, whether it is a defensive play or an offensive one. They want to prove their point to the world and they will do it no matter what.

We've seen many of them wearing the Celtic Green. You are probably thinking Rasheed Wallace or Antoine Walker. I am also pointing out the likes of Ricky Davis or Kenny Anderson. Some may probably add James Posey or even Kendrick Perkins.

They live in our emotions and they are able to drive them at their will. They heat our blood and fuel our dreams.

The back burner guys, the never secondary ones. The real ones, the proud ones and forever the Green ones.