What the Hell Happened to...Kevin Stacom? 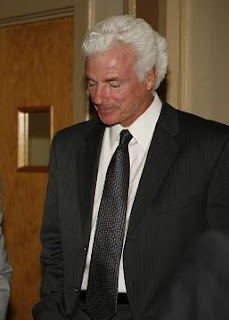 Long before another guard would wear #27 for the C's, another guard from New York City did, back in the 1970s.  This week in What The Hell Happened To, we remember Kevin Stacom.

Kevin attended Holy Cross High School in Queens (one of the few NYC powerhouses yours truly did not compete against back in the day; Christ the King was another).  Kevin began playing college ball at the other Holy Cross, in Worcester, MA, before transferring to Providence after his sophomore season.  He teamed up in the backcourt with Ernie DiGregorio while there (don't be surprised to see Ernie D with a WTHHT in the future).

Even before college, Kevin was exposed to the Celtic greatness:

"I was 11 years old when my father bought me and my brother tickets to see the Celtics play the Knicks at the old Madison Square Garden," said Stacom. "The Knicks were not very good back then and I always had a fascination with the Celtics and their style of play."

"John Havlicek and Don Chaney were both playing for the Celtics back then. I ended up playing with both of them." 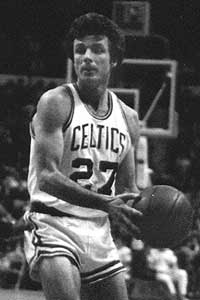 His fascination would become a reality when the C's picked Kevin with the #35 overall pick in the 1974 draft (which thanks to David Stern, would almost be in the first round of today's draft).  He'd play with the Celtics from that '75 season to 1978, winning a championship in 1976 and appearing in 17 playoff games during their run.

But it definitely wasn't always easy for him.  Kevin was never the quickest or most skilled player, so extreme hours of hard work had to go into his craft.  Most players after practice would shower quickly and go but Kevin would stick around for 3 on 3 drills with Don Nelson, Hank Finkel and Tom Boswell.

Earlier in his career he used to have trouble getting off his jump shot but he worked with Tom Heinsohn on some technical improvements.  Before long, Kevin became as proficient as anyone from 12-18 feet out.

And then there was the defense.  It's what he was really known for.  With Tom Sanders as his coach, he pushed Kevin to be the guy that would come in and change the pace by pressuring the offense.

In true WTHHT fashion, Kevin was always a survivor. Paul Westphal, Charlie Scott, Benny Clyde, Steve Downing, Phil Hankinson, Jerome Anderson and Norm Cook were all there, all considered at one time or another more valuable than Stacom.  But they all came and went and Kevin remained.  Reminds me in a bit of a way like Eddie House from '08-10.  Cassell and Marbury were bigger names brought in to replace him but Eddie stuck through that and found his moment to shine.  John Havlicek certainly thought so:

Every year Kevin had to go out and win a position and he went out with dedication and determination. He showed each day that he was ready to play and that he wanted to play.

After the 1978 season, Kevin would sign with the Pacers; as compensation the Celtics would receive a 3rd round pick, which would turn into the immortal Wayne Kreklow.  However after just a half-season with the Pacers, Stacom would be sold back to the Celtics (I miss the days when players could be sold; oh wait hasn't the Buffoon done something like that?) 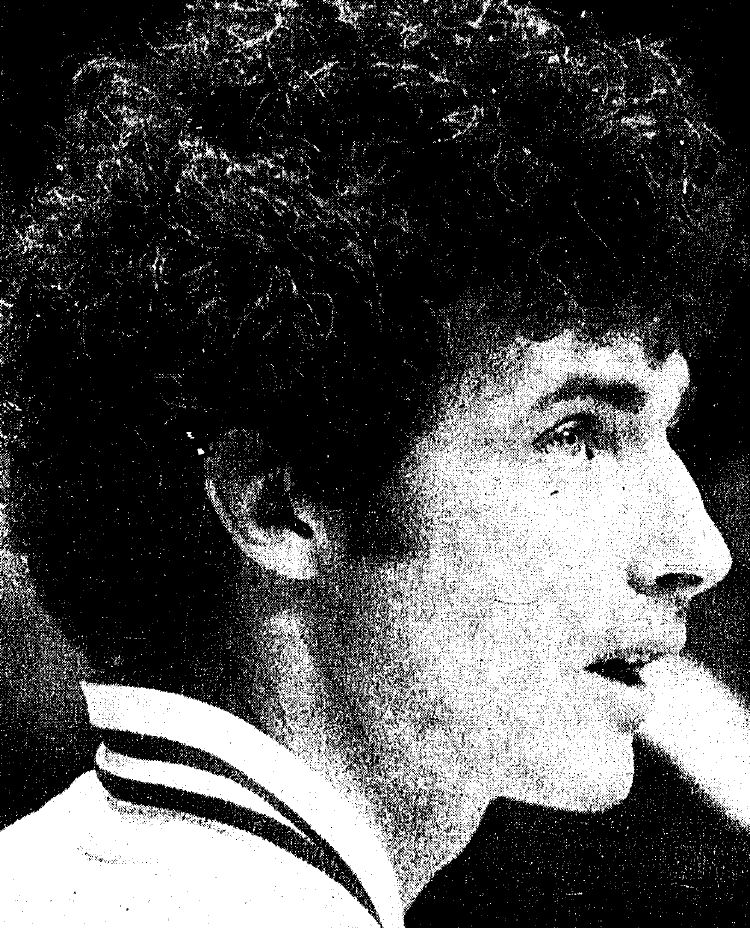 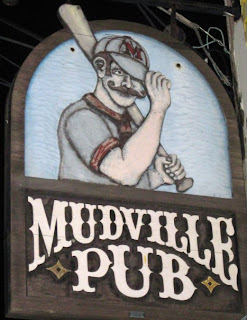 The real question should be: What the Hell Happened to Kevin Stacom from the end of the 1979 season to the start of the 1981 season?  Where was he during 1979-80?  Anyone with information on this will be compensated, similar to anyone finding video footage of Tim Hardaway's Cindy Brady-esque performance while on ESPN's NBA Shootaround back in like 2002.  [TB Tangent: Speaking of Hardaway, I can't let it go.  I used to love when he called Dirk Nowitzki, "Dirk Nowinsky" and how he'd always repeat what his co-host said.  For example, "so Tim, Ray Allen is amazing today hitting all those 3 pointers?  Yep, Ray Allen is amazing today hitting all those 3 pointers."  Then an awkward pause for where the analysis was supposed to be.  Or when he'd stutter or stammer for like 30 seconds trying to remember someone's name before his co-host would help him out.  I love the one comment in there saying "Dude must have some compromising pictures of Disney higher ups!"]

Kevin would sign with the Bucks and play for them for 7 games during the 1981-82 season, one year before Dave Cowens' bizarre fiasco in Milwaukee. That would be the end of his playing career.

Apology to Kevin for going off on Tim Hardaway, as I certainly didn't intend doing that when I started writing this article. Today, Kevin is the owner of the Mudville Pub in Newport, Rhode Island.