What the Hell Happened to...Jerome Moiso? 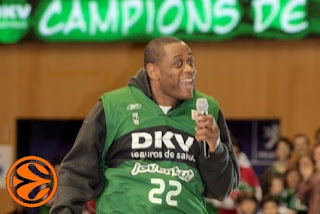 He was supposedly a sure-thing, the real deal, an athletic power forward who would give the Celtics an inside presence to team with Antoine Walker and Paul Pierce.  At least that was according to the Evil Emperor and the Buffoon.  He turned out to be a complete bust, a waste of a roster spot, and out of the NBA after 5 seasons and 145 games played.  His career ended with a 2.7 career ppg.  I understand the 2000 draft was weak, but this pick was still horrendous.  You probably remember Jerome Moiso.

The Celtics were coming off another disappointing season and decided to use this pick on Moiso, who was out of UCLA.  To say he sucked would be an understatement.

You got to thank the Buffoon for this pick.  Of all his picks, I think this was probably the worst.  Kedrick Brown is obviously debatable but at least they had 3 picks that season, and did draft Joe Johnson with one of those picks.. 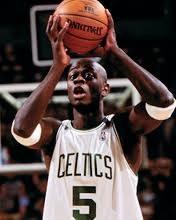 Speaking of the Buffoon, if he hadn't gift-wrapped Gasol to the Flakers for nothing, I would've spared myself hearing about the Flakers' "length" about 173,622 times.  If he hadn't picked Moiso (or given Brown to Phoenix instead of Joe Johnson, which was apparently what they requested) then Joe Johnson and Paul Pierce would've made the Celtics still very competitive after Ainge stepped in.  [Say what you want about Joe Johnson, since the argument can also be made for Chauncey Billups, but I really think he would've exemplified a perfect Celtic.  His cool demeanor and great all around skills, him teaming with Paul Pierce could've been the cornerstone for eventual success.  I've always wished Johnson remained a Celtic].


In true Larry Robinson style, I refuse to bother going through the journey this lowlife took (Nothing against Larry, I just couldn't stand Moiso).  So here is a snapshot: 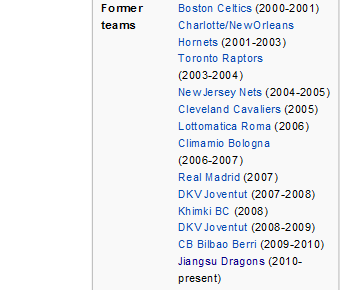 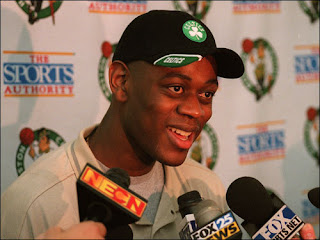 To say he's been a basketball vagabond is also an understatement.  I'm really glad someone as crappy as Moiso wasn't able to parlay an NBA career with all his deficiencies like Kwame Brown.  Yeah so what he was 6'10 and athletic.  He sucked.  Big-time.

Today, Jerome, like Milt Palacio and Jiri Welsch, is still playing in the Chinese Basketball League for the Jiangsu Nangang Dragons.  You can even see he's putting up good numbers there (15.3 ppg, 12 rpg and a shade under 2 bpg).  Still to pick him #11 in the NBA draft?  And for him to be out of the league so fast?  And just in case you forgot here was the Buffoon's quote about him:

"He's an incredibly gifted athlete," said Wallace, who presented Moiso with jersey No.5, last worn by Ron Mercer. "In a lot of cases, when you're dealing with a prospect with his kind of athleticism, you don't see the basketball skills to match it. That's not the case with Jerome.”

Just one more special thanks to the Buffoon, for doing such a horrendous job in Boston and then helping the Celtics' biggest enemy.  If he was never born, I wonder how many more banners would be hanging in Boston.