What the Hell Happened to...Jeff Judkins? 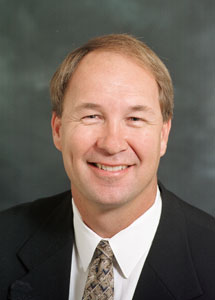 We've already recalled the last Celtic to wear #33 before Larry Bird and the last Celtic who will wear #34 before Paul Pierce.  This week in What the Hell Happened To, we remember Jeff Judkins who played 2 seasons for the Celtics and was the last player to wear #32 before Kevin McHale.  Judkins was drafted by Boston in the second round of the 1978 draft out of the University of Utah.  His rookie season he actually averaged almost 9 points per game in 19 minutes a night while playing 81 games.  In fact based on that season, if the "Sixth Star Award" was in existence that year, there's an excellent chance Judkins would've won based on his consistent performance.  That Celtics team was pretty poor but the next year was when Larry Bird arrived.  In addition to Bird the Celtics had added Gerald Henderson and ML Carr to its squad, that resulted in less playing time for Jeff.

Late that season, in which Boston would lose to Philly in the Eastern Conference Finals, Judkins told Auerbach and Bill Fitch that he didn't care how much they paid him, but he wanted to play the rest of his career in Boston because of how much he enjoyed it.  Unfortunately after that campaign, the NBA expansion draft took place (thanks Larry O'Brien) and the Dallas Mavericks were forming.  Jeff and Pete Maravich weren't protected and since Dallas was trying to fill its roster with younger players, picked Jeff.

Judkins wouldn't ever play for Dallas though since he was becoming a free agent.  He signed on with Utah where he played for his hometown Jazz in the 1981 season, missing out on winning a championship with the Celtics by one season.  He'd play the next 2 seasons sparingly in Detroit and Portland until retiring after the 1983 campaign.

After the 1983 campaign, Jeff landed a job with Safelite Auto Glass (the same company that repaired my windshield when it was damaged) but by 1989, he accepted a job at his alma mater as an assistant to Rick Majerus.  He helped recruit Keith Van Horn, Andre Miller and Michael Doleac to Utah.  He stayed as an assistant coach there until 2000, when BYU offered Jeff the chance to become Director of Basketball Operations.  He jumped at the opportunity. 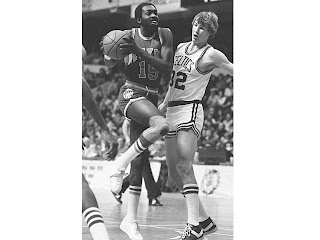 After one year in that role, he wound up accepting the head BYU women's coaching position, which is where he remains today.  In true Otis Birdsong-esque bitterness, Jeff states he prefers the women's game to the modern NBA:

Women's basektball reminds me of how NBA teams played in the 80s, because women are slower than men and can't easily take their defender off the dribble, they rely on teamwork to find ways to get easy baskets.  That's how the game of basketball should be played.  I can't stand to watch much NBA basketball or even some men's college games because it's all one-on-one stuff.  There's no passing, no cutting off picks, no setting screens.  It's just not my kind of basketball.  It's boring, plain and simple. 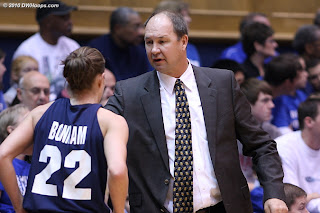 While Jeff makes some valid points, perhaps he hasn't watched the Celtics over the past 4 seasons.  Or the Jazz basically, forever.  While yes, there are instances where going one-on-one might help, it still seems to me that the most successful NBA teams are the ones that make the extra pass and use their athleticism to play the game at the highest level, the way it should be played.