Heat have no chance at signing Perkins 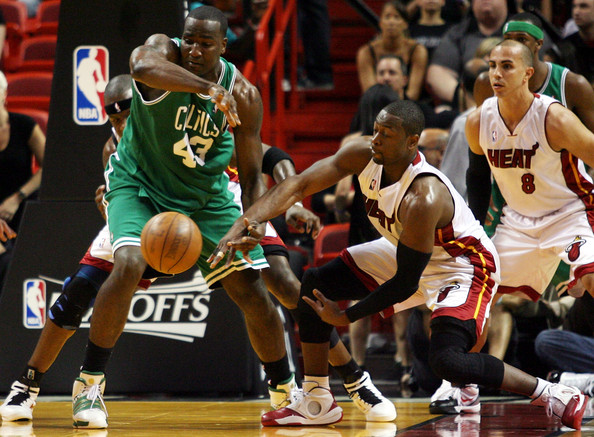 Marc Spears recently reported that the Miami Heat plan on offering their MLE to Kendrick Perkins in the offseason. My reaction is of course they will. I've been saying this since last Summer. Only problem for them is that isn't enough money. Perk isn't going to leave where he wants to be to play for less somewhere else. The Heat saying they'll offer the MLE is like the Celtics saying they offered Lebron the full MLE. I'm sure about 25 other teams will be willing to offer the MLE to Perk. The only way Perkins would have ended up in Miami is if his knee recovery hadn't gone well and the Celtics didn't want to invest in damaged goods (See Leon Powe). But Perkins is looking good and the Celtics have already offered him a significant offer of about 7 million a year.
If the Celtics are offering 7 million now, you have to think they'll up that to about 9 a year. Now the question is when some other team trumps that offer and offers 10 or 11 per will the Celtics match it or will Perkins take less to stay in Boston? The only downside of locking up Perkins this Summer is at the dollars he will command it will most likely eliminate the Celtics from signing a marquee free agent in 2012. Between Perkins, Rondo, and Pierce's deals there wouldn't be enough left to sign a max player (and 11 other players to fill out the roster). I just can't see the C's letting Perk go and punting next season. Also, there's no guarantee the C's would be able to attract a marquee free agent either. They've never signed a max player away from any team.
The Heat signing Perkins for the MLE? Not happening. Just like I'm sure the Celtics will offer Dwight Howard the MLE and that also won't mean anything.