Boston’s Bench to Step Up Vs. Lakers and Heat 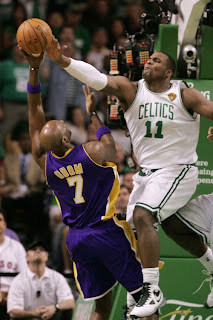 The Celtics have two big home games coming up, and will be looking to knock off Kobe’s Lakers on Thursday and LeBron’s Heat on Sunday despite coming off last night’s sloppy loss against the Charlotte Bobcats. The Celtics are once again swamped with injuries, having recently lost Marquis Daniels to a bruised spinal cord, yet have managed to keep floating atop the Eastern Conference. They will be looking to pull further ahead of Miami in the standings over their next few games, but in order for that to happen, there needs to be a resurgence from Boston’s talented second unit. The Celtics’ bench has the potential to be the best in the NBA when healthy, but they have been inconsistent this year, largely due to erratic shot selection from the second unit’s top scorers, Nate Robinson and Big Baby Davis. This issue persisted last night as Charlotte edged out Boston, while each of the four members of Boston’s bench who played scored just one basket each, and all failed to log a positive plus/minus rating. The Celtics urgently need some of their injured players to return to action, including Daniels, Shaq, Delonte West, and Semih Erden. However, in the meantime, the guys who are playing need to step up and play as well as they are capable of, and expose the Lakers’ and Heat’s second units as inferior benches. 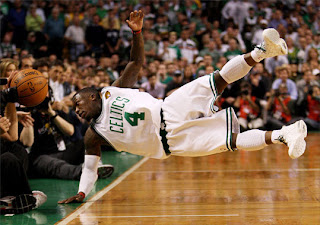 Kobe and LeBron will get their points as they almost always do. However, the Celtics thrive against offenses that revolve around a single scorer, as they have been able to consistently defeat teams that run a “feed the ball to our MVP” offense. The battles that we will see between Boston’s starting five against Miami and LA’s will be exciting, action packed, and fun to watch, but the ultimate outcome of the game will be riding heavily upon the performance of the second units. Hopefully Erden or Shaq will be ready to go, as the Celtics will be at a great size disadvantage if Perkins is their only true center for these games. Nate and Big Baby also need to demonstrate smarter shot selection than they did last night, while still bringing the energy they are known for that can so easily spark the Celtics to a critical run which often turns the game around in their favor. Davis relies too much on his improved jump shot, and went 1-5 from the field last night with only one of the five attempts coming from inside the paint. Big Baby is great at using his massive size to get himself to the hoop for easy buckets and trips to the foul line, and should exploit the soft big men he will come across over these next two games.

Backing up The Truth without Marquis won’t be easy for the next month or two, but Von Wafer has had some big games for the C’s and rookie Luke Harangody is a great presence in the court thanks to his hustle and tendency to box out and do all the little things right. The second unit will definitely feel the impact of losing their ball handling small forward, but hopefully Wafer and Harangody will be able to complement the starting wingmen of Paul Pierce and Ray Allen by playing tough defense, knocking down threes, and helping stretch out opposing defenses. Ray only put up two three point attempts last night, and made both of them, so look for him to both tie and break Reggie Miller’s record on Thursday night against LA in front of thousands of cheering Celtics’ fans at the Garden. It’s going to be a moment, as well as a game, that you won’t want to miss.