What the Hell Happened to...Carlos Clark? 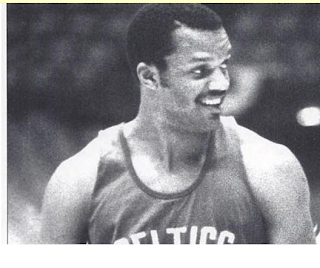 This week in What the Hell Happened To, we go back to the 1980s to remember Carlos Clark.  Carlos was drafted in the 4th round of the 1983 draft out of the University of Mississippi and was considered a real long shot to make the team.  The Celtics were loaded with guards with Dennis Johnson, Danny Ainge, Quinn Buckner, Rick Carlisle, and ML Carr.  But head coach KC Jones loved Clark's defensive intensity and he made the team.  He'd win a title with the Celtics in 1984.

In 1985 his odds were even more difficult as the Celtics had drafted Michael Young from the University of Houston with their first round pick.  But Clark made the cut again, sticking around for the season.

Carlos wouldn't be so lucky for the 1986 season as Rick Carlisle would make the team over him.  The Celtics had tried to orchestrate a trade to the Chicago Bulls to keep Clark in the league because they really thought he was good enough to play in the NBA.  The deal fell through though.  Once Clark cleared waivers he signed on with the LaCrosse Catbirds of the CBA, who were coached by Flip Saunders.  Right when he thought he had a deal in place with the Sacramento Kings, and was waiting to board his plane, he received a page from Saunders saying Bill Russell (the Kings GM at the time) reneged on the deal last minute with no explanation.  Russell never bothered to contact Carlos either (not the first instance in which a WTHHT player complained about how they were treated by Bill Russell; Zaid Abdul-Aziz mentioned it in his autobiography as well.)

Clark would never play in the NBA again.  He'd get cut in the Bucks training camp during the 1987 season and then after one year in the WBL where he played for the Calgary 88s, he'd head over to Europe.  He played in the Belgium league for the following 9 seasons after that (meaning his playing career was pretty long!) and make 7 all star teams while averaging 26 points per game. 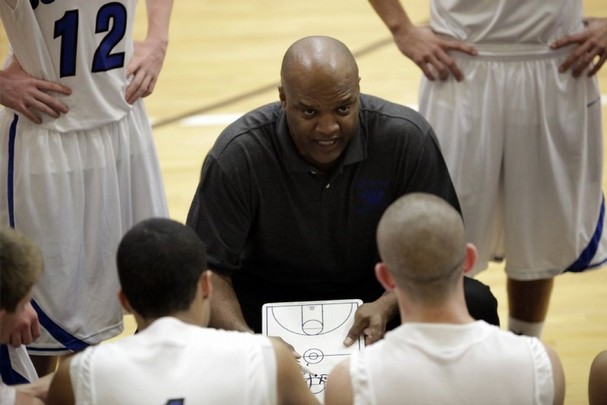 I remember I had a Star basketball card of Carlos Clark growing up.  He was in his warm-ups sitting on the bench.

***9/13*** Addendum: It looks as if Carlos was fired from his position as head coach at Barron Collier HS and there's some controversy regarding his departure:


Clark said he was fired by Barron Collier athletic director Mark Rosenbalm on Monday. The coach, who led the Cougars to back-to-back district titles for the first time, told his players at a team dinner Monday.
Rosenbalm would not confirm that Clark was fired or clarify the situation when asked by a Daily News reporter Tuesday.
“Carlos is a great guy, and I wish him all the success in the future,” Rosenbalm said. “We decided to part ways and move in a new direction.”
Rosenbalm would not elaborate or say why he wanted to part ways with Clark. When asked if there were specific problems with Clark the athletic director did not respond.
Clark told the Daily News that Rosenbalm said there were communication problems between the two but would not elaborate. Rosenbalm informed the coach he would not be retained at his annual evaluation, Clark said.
“Today I was fired as basketball coach at Barron Collier for no apparent reason,” Clark said. “I did not resign. I was fired.”

Based on the comments there, it sounds like this Rosenbalm guy didn't have much of a reason to fire Carlos.  Did the program use Carlos for his star son, Deion?  Deion now plays for Old Dominion, which is impressive.

Be sure to check out Celticslife in the future once any new updates on Carlos arrive.